It’s the role of a lifetime: Mahira

* While talking about her recent roles, Mahira spoke about her role in the telefilm 'Aik Hai Nigar' 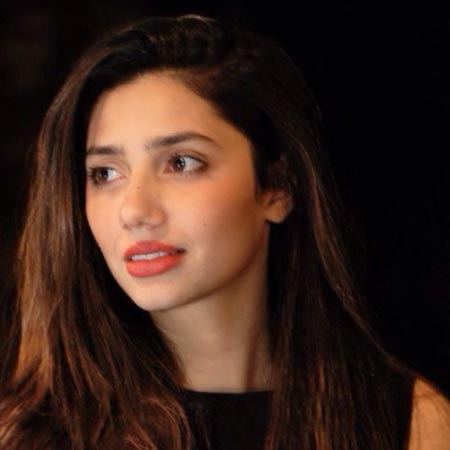 Mahira Khan in a recent podcast discussed her role as lieutenant general Nigar Johar and her experience as an actor and producer of the telefilm ‘Aik Hai Nigar’.

In a podcast discussion with Atikka Choudhary of Positive Solace, the actor talked about her previous and recent roles in dramas and films. She discussed her journey, as this year marks her 10 years as an actor, in the Pakistani media industry. She reflected on the struggle, inspiration, love and support she received through her career.

While talking about her recent roles, Mahira spoke about her role in the telefilm ‘Aik Hai Nigar.’ In the telefilm, she is playing the role of General Nigar Johar, the first female lieutenant general of Pakistan. The film is also produced by the actor’s production house ‘Soul Fry Films’.

When asked about the role, the actor was all praise and said, “It’s the role of a lifetime, I hope a lot of people get to watch it.” She said although all the characters she has played until now are close to her, but this is one “probably one of the closest to my heart.”

“She is a legend,” said the Verna actor, describing her excitement and awe at meeting the real-life Lieutenant General Nigar Johar herself.

“Meeting General Nigar was amazing, what a life she has lived,” Mahira said. About the filming experience of Aik Hai Nigar, she said that there were special moments on set which she will never forget.

Mahira added that she was completely into the role despite how exhausting the shooting was. She added that it was difficult shooting in the heat of Rawalpindi, where she had to wear a body suit to resemble the general.

“I was playing a girl who is in her twenties all the way up to a woman who is in her late fifties, and so we have tried to age me, which is a whole process,” Mahira revealed.

She said they were shooting with an all-female production team, which was a new experience for her. Plus, they had to deliver the project quickly and so had to shoot back to back, which took a toll on her.

The Humsafar actor also discussed her portrayal of Mehreen in Hum Kahan Kay Sachay Thay and her role in Prince Charming. She talked about maintaining work-life balance and able to enjoy the work she does.

Mahira also briefly discussed her role in Verna and the need for awareness on rape culture through media. “Rape culture is culture of shame, it’s the culture of propagating this idea that shame is on the victim, on the woman, which is really sad because shame should lie with the person who has done such grotesque thing,” she stated.

She talked about the need to be more vocal about it, change mindset of younger generation and make people aware about rape culture.