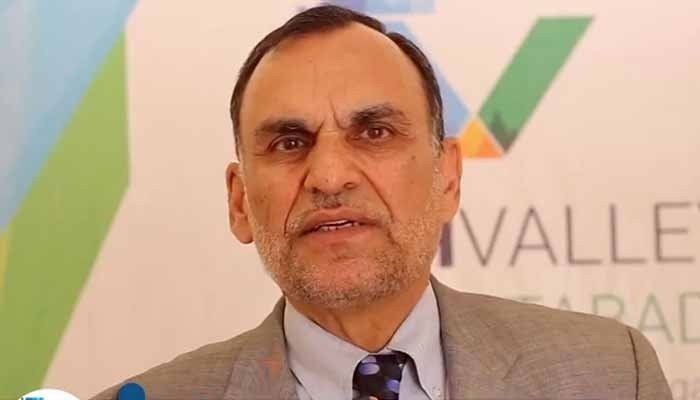 ISLAMABAD: On Friday, during a Senate panel meeting on Parliamentary Affairs, Azam Swati, federal minister Railway, has levelled serious allegations on Election commission CP for taking money from the companies.

“ECP has taken bribe,” Azam Swati blamed. “You will go to hell,” he said, mentioning ECP officials who were present in the meeting to vote on two key bills on the use of electronic voting machines in elections and voting rights for overseas Pakistanis.

“Such institutions should be set afire,” he went on, alleging that the commission was involved in rigging all elections. He said ECP is behind democracy’s failure in Pakistan. After his allegations, the ECP representatives got up and walked out of the meeting in anger.

Some of the members including Minister of State for Parliamentary Affairs Ali Mohammad Khan and Senator Kamran Murtaza went out to calm down the ECP officials but to no avail. The commission’s special secretary refused to return to the meeting and left the Parliament House.

“Ministers misbehaved at a meeting at President House the other day and today, serious allegations were levelled against the Election Commission. We cannot attend the meeting in such an atmosphere,” he raged.

On the other hand, the opposition members of the committee showed reservations about Swati’s allegations. PPP Senator Mustafa Nawaz Khokhar asked Swati to kindly point out from whom the ECP took bribe.