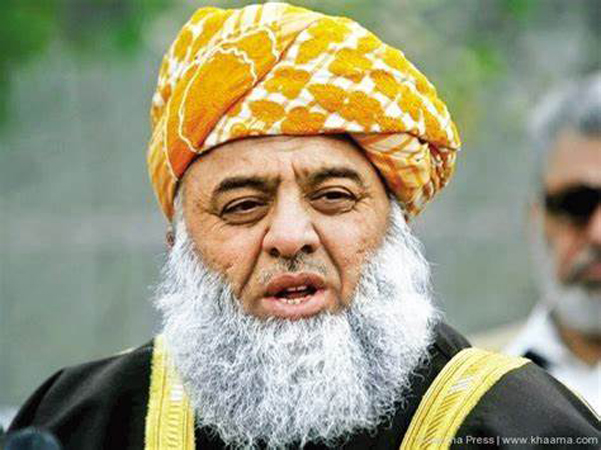 Speaking to a private TV channel, Fazl blamed Bilawal for PDM’s fallout and claimed the PPP chairman had struck a deal with the government and the establishment. “PDM suffered setbacks as we had Mir Jaffars and Mir Sadiqs among our ranks,” Fazl said, referring to ‘traitors’ in the alliance.

Maulana Fazl said the option to resign from the assemblies was mentioned in PDM’s manifesto and had Bilawal listened to the PDM leadership, the incumbent government would have been ousted and elections would have taken place. “We are aware of several things, but we do not want to initiate a war, if we do that, then nothing will be left,” he warned.

Last month, Fazl had said PPP had “stabbed the PDM in the back”. Speaking at a press conference in Karachi alongside Leader of the Opposition in the National Assembly Shahbaz Sharif and other political party leaders, Fazl had told reporters to not discuss PPP as it was “a thing of the past”.

Meanwhile, heads of the political parties forming PDM will meet at PML-N office in Islamabad today with Maulana Fazlur Rehman in the chair. As per the meeting agenda, PDM leaders will discuss the strategy to be adopted by the opposition during the presidential address to the joint session of the parliament.