New era of development has started in south Punjab: CM 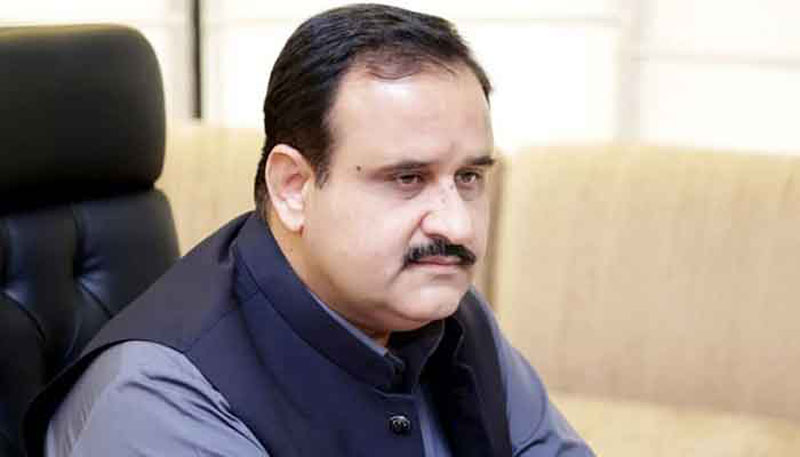 In a statement, Chief Minister Punjab Sardar Usman Buzdar said the government has fulfilled every promise made to the people. The government believes in performance instead of hollow slogans; he repeated and regretted that south Punjab was badly ignored as the past governments continued to beguile the people while spending south Punjab’s budget on favourite districts. He iterated that the south Punjab secretariat has been given administrative autonomy and 17 departments are attached with it. Now, the people will not have to travel to Lahore for the solution of their problems, he continued. The incumbent government is giving the people of south Punjab their rights and its budget will not be appropriated for any other purpose, he stated.

Chief Minister Punjab Sardar Usman Buzdar has said the steps taken for the betterment of farmers have started yielding positive results to develop the agriculture sector on modern lines.

In a statement issued on Thursday, the CM expressed the satisfaction that the record harvest of wheat, sugarcane and other crops has been achieved in 2020-21. The 40-kilogram support price of wheat and sugarcane has been ensured at the rate of Rs.1800 and Rs.200, respectively, he said. Meanwhile, 2.09 million ton wheat, 57 million ton sugarcane, 56.82 lakh ton potatoes, 19.25 lakh ton green gram, 78.52 lakh ton maize, 53 lakh ton paddy rice and 90 thousand ton sesame crops have been produced in Punjab, added Usman Buzdar.

It is satisfying that the maiden agri policy has been approved and being implemented in the province, he appended. Furthermore, 147 new crop varieties have been approved by Punjab Seed Council and 146 new grain markets are registered under Punjab Agricultural Marketing Regulatory Authority Act; he said and added that farmers’ platforms have also been set up in 105 agri markets across Punjab. The government was paying Rs.1.5 billion premium to the insurance companies for crops’ insurance and the subsidy amounts were being directly transferred to farmers’ accounts due to the launch of kisan cards, he mentioned.

While highlighting the PM Emergency Program, the CM affirmed that the work is in progress on numerous agri projects valuing Rs.300 billion. Rs.12.5 billion subsidies are given on fertilizers along with Rs.4.4 billion subsidies for the purchase of certified seeds and agri machinery. Similarly, farmers are given Rs.65 crore subsidy for buying laser land levellers in addition to the provision of interest-free loans costing Rs.45 million through an e-credit scheme, he said. It is satisfying that farmers have earned an additional income of three billion rupees due to the restoration of barren lands in various parts of the province. A sum of Rs.3.62 billion is reserved for purchasing the latest drip/sprinkler system with the facility of 60 per cent subsidy, he disclosed. Similarly, Rs 42.90 crore is allotted to install the solar system with the facility of a 50 per cent subsidy, concluded the CM.

Chief Minister Punjab Sardar Usman Buzdar has expressed a deep sense of sorrow over the death of Hafiz Zaheer Awan, a senior journalist. In a condolence message, he extended sympathies to the bereaved family and prayed that may Allah Almighty rest the departed soul in eternal peace and grant courage to them to bear the loss with fortitude.