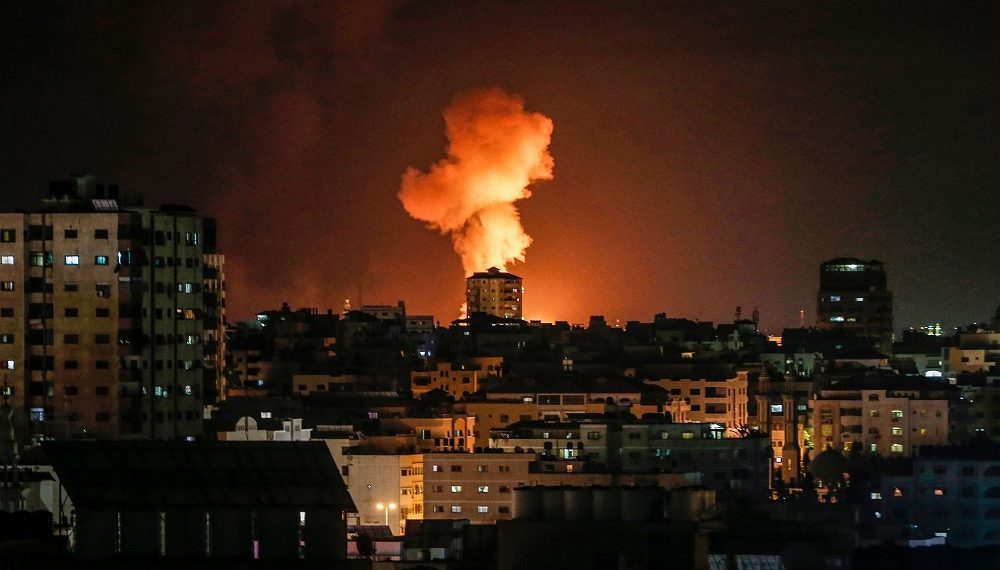 On Monday night, Israel once again launched airstrikes against Gaza, asserting that inflammatory balloons from the Palestinian enclave caused fires.  Israel as usual put blame on Hamas for the balloons, the Israeli army said it had targeted positions appertain to the group that controls the Gaza Strip.

“Overnight, IDF fighter jets struck a Hamas rocket manufacturing workshop, as well as a Hamas military compound in Khan Yunis,” the Israeli army claimed in a statement. “The strikes were in response to Hamas launching incendiary balloons into Israeli territory,” the statement further claimed.

However, according to medical sources in the Palestinian enclave, no one was killed.

Earlier in the day, Israeli firefighters said that explosive balloons had caused three bushfires near Gaza Strip and Monday’s strikes come after six Palestinians erupted of an Israeli prison through a tunnel which set off a massive manhunt.

Hamas and Israel have fought several times; the most recent was a destructive 11-day conflict in May, the worst between the two sides in years. Although the conflict ended with an Egypt-brokered ceasefire, the border skirmishes continued in the months since.