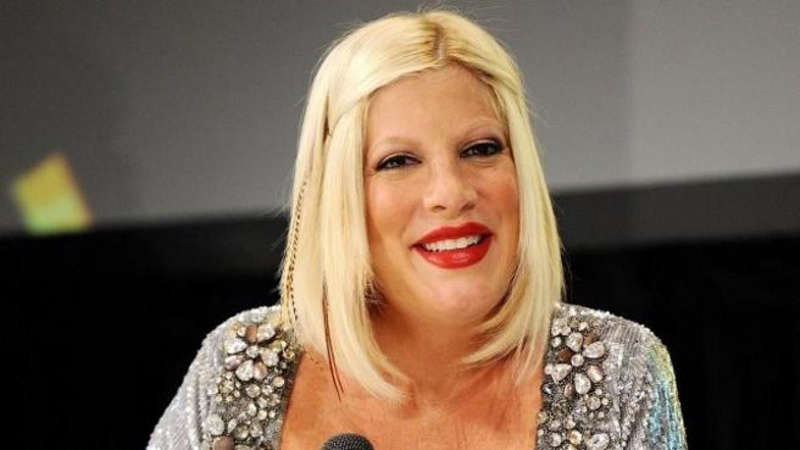 Is that Tori Spelling? On Thursday, Sept. 2, the 48-year-old Beverly Hills, 90210 alum showcased a new makeover while sporting a denim jumpsuit during a walk in Los Angeles. Tori posted a photo of herself sporting her new look while walking with celebrity hairstylist Laura Rugetti, who is wearing a matching outfit. Fans couldn’t help but draw comparisons between the actress and a certain reality star. “Khloe Kardashian???” commented one user. Another person replied, “I said the same thing. Like what?” “Ummmm,” commented another user, “why do you look like Khloe Kardashian.” Tori did not address the comments about herself resembling Khloe, 37, but did caption the pic, “So not planned @laurarugetti.” Tori has met Khloe before-the actress appeared on the reality star’s show Kocktails With Khloe in 2016. Tori has also supported her friend by wearing jeans from Khloe Good American brand. And in 2008, Khloe and sister Kim Kardashian attended a party celebrating the release of the actress’ memoirs Tori Telling at clothing store Kitson in Los Angeles.