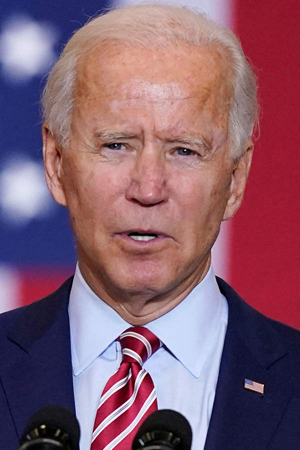 “America is back,” goes President Joe Biden’s catchphrase, but his unapologetic exit from Afghanistan shows America won’t be back to business as usual.

Beyond the trauma of the Kabul evacuation, Biden is pitching a much broader retreat: a halt to using vast military resources to impose order and US values around the planet.

“This decision about Afghanistan is not just about Afghanistan,” Biden said in what many see as a historic speech on Tuesday. “It’s about ending an era of major military operations to remake other countries.”

“Human rights will be at the centre of our foreign policy but the way to do that is not through endless military deployments,” he said. “Our strategy has to change.”

Benjamin Haddad, director of the Europe Centre at the Atlantic Council and an expert on transatlantic relations, called the speech “one of the most eloquent repudiations of liberal internationalism by any US president in the last decades.”

For those Americans fond of imagining their country to be a unique, invincible superpower – winner of the Cold War, then military interventionist everywhere from Iraq to Africa ever since – this is a shock.

For most, though, polls show Biden’s pivot is likely to be popular.

Biden’s presidency is usually seen as a repudiation of the Donald Trump administration.

It’s true that a lot – from things like White House decorum to re-entering the Paris climate accord – changed the moment Biden walked into the Oval Office on January 20.

But Biden’s abandonment of open-ended US military adventures – what detractors call being “the world’s policeman” – is Trumpian.

When Biden announced, “it’s time to end this forever war,” about Afghanistan, “it could just as easily be Trump,” said Charles Franklin, a Marquette Law School professor and director of the Marquette opinion poll. Today “the public is not committed to a large international role, certainly not of the sort the US played in the 1950s-1990s,” Franklin told AFP. Regarding Afghanistan in particular, polls show strong backing for exiting – 77 percent, according to a new Washington Post-ABC News poll – even if Biden is taking a battering for the chaotic manner of the withdrawal.

Where Biden differs sharply from isolationist Trump is in enthusiasm for building alliances. The United States may not be a swaggering global cop, the Biden theory goes, but it can be a friendly community leader.

His administration moved quickly to put Washington back at the centre of tortuous negotiations between major powers and Iran over its nuclear policy, the climate accord, and traditional alliances like NATO.

A June trip to Europe for G7 and NATO summits – Biden’s only foreign trip to date – resembled the diplomatic equivalent of a band getting back together.

Now, though, some of those allies might be feeling nervous, analysts say.

Tricia Bacon, an expert on counterterrorism at American University’s law department, told AFP that allies feel “a fair degree of frustration” over the lack of coordination in the US departure from Afghanistan.

The US “message will have to be very consistent to regain the lost credibility,” she said.

And Imad Harb, research director at the Arab Centre in Washington, said European partners aren’t the only ones left wondering.

“Arab regimes accustomed to a close relationship with the United States should be worried about what happened in Afghanistan,” he wrote on the think tank’s website.

“Biden may have finally drawn the curtain on American military interventionism in the wider Middle East,” Harb said.

Calling Biden’s post-withdrawal speech “sobering,” Harb said the apparent “contours of a ‘Biden Doctrine'” will have sown “trepidation” across a region that for two decades has known no other reality than US intervention.