* Police shot dead the 32-year-old attacker, who had been convicted and imprisoned for around three years before being released in July 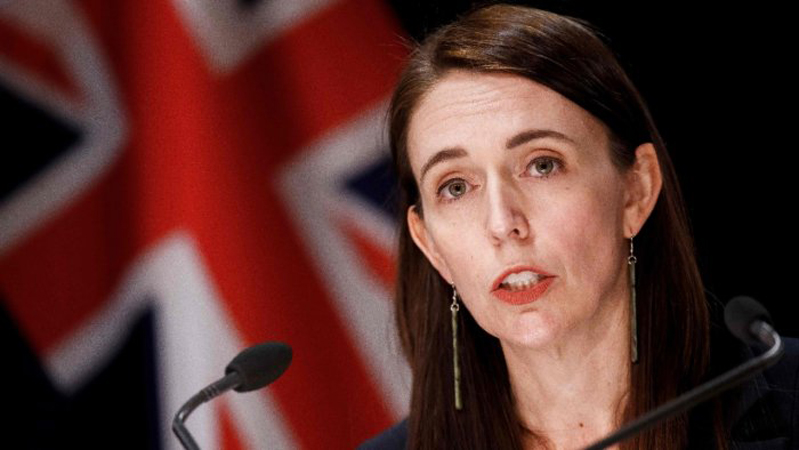 New Zealand Prime Minister Jacinda Ardern has promised to tighten counterterrorism laws after a knife-wielding man known to the authorities stabbed and wounded seven people in a supermarket.

“I am committing, that as soon as parliament resumes, we will complete that work – that means working to pass the law as soon as possible, and no later than by the end of this month,” Ardern told a news conference on Saturday.

Police shot dead the 32-year-old attacker, a Sri Lankan national who had been convicted and imprisoned for about three years before being released in July, moments after he launched his stabbing spree on Friday.

Ardern had said earlier the man was inspired by the armed group ISIL (ISIS) and was being monitored constantly but could not be kept in prison by law any longer.

The Counter Terror Legislation Bill criminalises planning and preparation that might lead to an attack, closing what critics have said has been a loophole allowing plotters to stay free.

But Ardern said it would not be fair to assume that the tighter law would have made a difference in this case.

“This was a highly motivated individual who used a supermarket visit as a shield for an attack. That is an incredibly tough set of circumstances,” she said.

Ar1dern said the attacker came to the attention of the police in 2016 because of his support for a violent ideology inspired by ISIL.

Police were following the man when he went into the Countdown supermarket in New Lynn mall in Auckland. They said they had thought he had gone in to do some shopping but he picked up a knife from a display and started stabbing people.

Police said they shot him within a minute of the start of the attack.

SEEKING INFAMY: Ardern said the man arrived in New Zealand in 2011 on a student visa and was not known to have held any extreme views.

He came to the attention of police in 2016 after he expressed sympathy on Facebook for attacks, violent war-related videos, and comments advocating violence.

In May 2017, he was arrested at Auckland’s airport where authorities believed he was travelling to Syria. He was charged after restricted publications and a hunting knife were discovered at his house but was released on bail.

In August 2018, he again bought a knife and was arrested and jailed. He was released into the community in July this year when surveillance began, Ardern said.

Ardern was briefed on the case in late July and again in late August and officials, including the commissioner of police, raised the possibility of expediting the amendment to the counterterrorism legislation.

Ardern said she wanted to explain why the attacker had not been deported but could not because to do so would violate court suppression orders, which also prevented her from identifying him, she said.

But she said had no intention of naming him anyway. “No terrorist, whether alive or deceased, deserves their name to be shared for the infamy they were seeking,” she said.