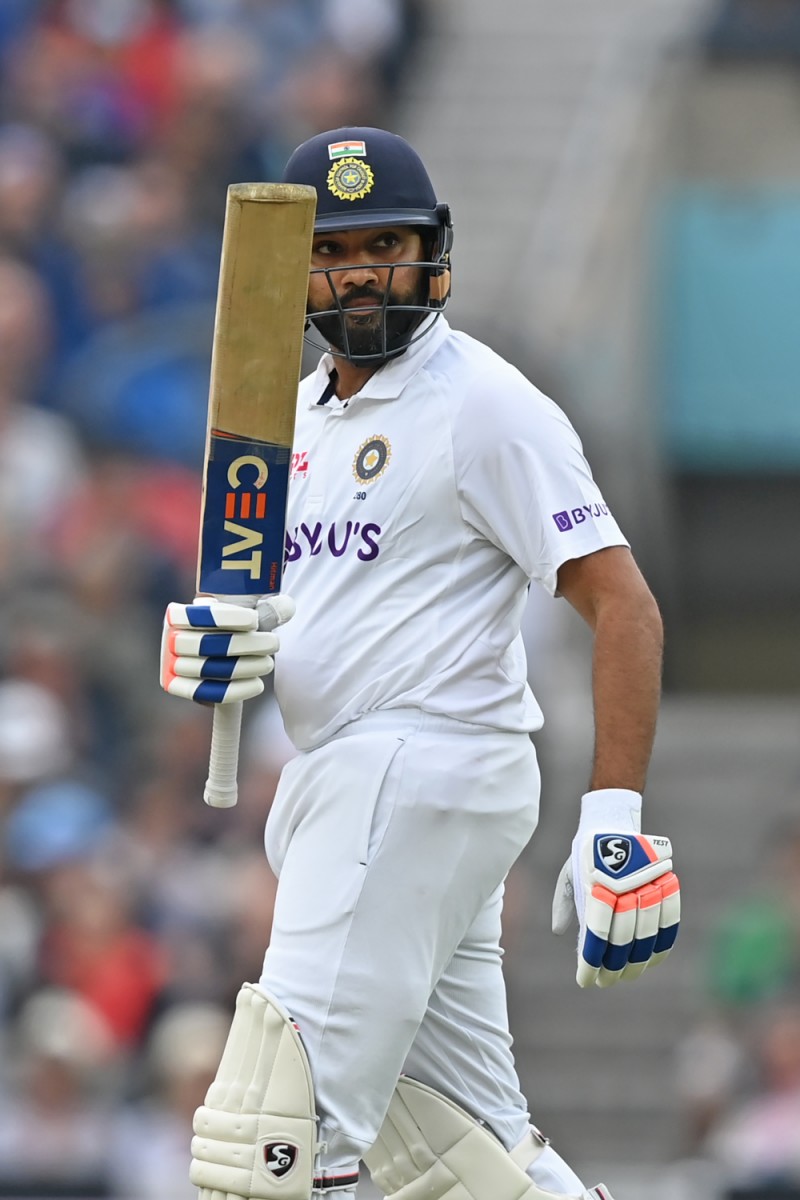 Rohit Sharma held firm as India lost just one wicket before lunch on the third day of the fourth Test against England at the Oval on Saturday.

India were 108-1 in their second innings at the interval, nine runs ahead of England’s first innings 290 that saw Ollie Pope score 81 on his Surrey home ground and all-rounder Chris Woakes, also returning to Test cricket, make exactly 50.

Sharma was 47 not out, having been missed for the second time this innings by Rory Burns in the slips, with Cheteshwar Pujara 14 not out.

England great James Anderson took the only wicket of the session when he had KL Rahul caught behind for 46.

India resumed on 43-0 with the five-match series intriguingly poised at 1-1.

Sharma, having seen an edge on four off Anderson strike Burns on the boot at second slip, was 20 not out and Rahul 22 not out.

Saturday’s overcast conditions, which aided swing movement and eventually saw the Oval floodlights switched on, made batting against Anderson and Woakes, who took 4-55 in the first innings, difficult.

But that did not stop Sharma driving Anderson’s sixth ball of the day down the ground for a superb boundary, with Rahul later matching it with one of his own off Woakes.

And when Woakes, dropped short, Rahul hooked him for six over long leg to go to 41.

Next ball, however, Woakes reverted to a much fuller length and Rahul was given out lbw.

Umpire Alex Wharf, however, had taken an unusually long time to make a decision and his verdict was overturned by an India review that showed the ball missing leg stump.

England’s lack of a reliable slip cordon in the ongoing absence of all-rounder Ben Stokes due to mental health issues, as well as other team changes, has long been a problem.

It was evident again when Sharma, on 33, edged Robinson only for a diving Burns to floor a right-handed catch — England’s sixth drop of the match.

But after more than an hour without an England breakthrough, Anderson already Test cricket’s most successful fast bowler, took his 632nd wicket at this level when he got one to nip away off the seam to Rahul, with wicketkeeper Jonny Bairstow holding a safe catch.

England’s raucous appeal was turned down by Wharf but a review revealed a thin edge.

Rahul, who had also hit his pad with the bat, looked bemused when Wharf reversed his decision but, nevertheless, it was the end of a 101-ball innings including six fours and a six, with India now 83-1.

The often slow-soring Pujara, however, struck three fours in 21 balls that saw India into the lead.