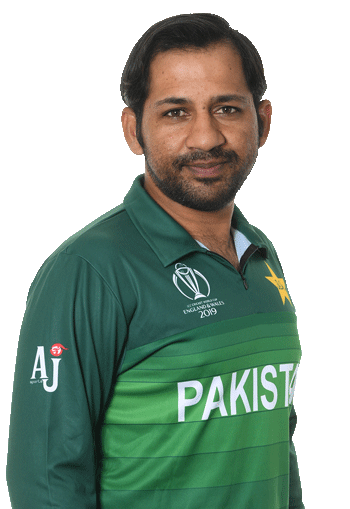 As Pakistan is going to play three ICC Cricket World Cup Super League One-Day Internationals against New Zealand in Rawalpindi on 17, 19 and 21 September, Pakistan Cricket Board declares its 20-man squad but some analysts seem not happy with the selection made by the cricket board.

On the other hand, a renowned cricket expert Dr Nauman Niaz opines that former captain Sarfaraz Ahmed should be selected for the T20 World Cup.

Dr Nauman, looking at Sarfraz Ahmed’s previous record on UAE pitches, said that Sarfraz should be considered for the middle-order, adding that, Rizwan keeping behind the stumps, Sarfraz can be equally good in the outfield.

While commenting on the Pakistan squad yet to be named for the Twenty20 World Cup, sports journalist Dr Nauman Niaz said four cricketers – Shaheen Afridi, Hassan Ali, Babar Azam and Muhammad Rizwan – have cemented their places in the T20 squad. He said there is also curiosity regarding the openers.

“With Babar Azam coming in third place, who will open [the innings] along with Rizwan? One option is Sharjeel Khan,” said the analyst, while talking to a private news channel. “Sharjeel Khan will be lucky if [incoming PCB chairman] Ramiz Raja is not taken on board in his selection.”

Niaz said either it would be Sharjeel Khan or Fakhar Zaman, who would go on to compete in the ICC Men’s T20 World Cup for Pakistan.

Dr Nauman said he believes Shoaib Malik will be selected for the T20 squad, though his age can be an annoying factor for Ramiz Raja.

He said Shoaib Malik will be a part of the Twenty20 squad as a middle-order batsman, which has in recent months been a source of disappointment for the Pakistan cricket team.

He said Ramiz Raja was not a person who settles scores with people, adding that his role would be to bring in a new policy for the board and someone who heads the operations at the helm of affairs. Hence, he said Hafeez will be part of the T20 squad.

Dr Nauman said Imad Wasim will also make it to the T20 squad as a spinner. “You [selectors] have to bet on Usman Qadir or Zahid Mehmood. Honestly speaking, Usman will not be much efficient against top-quality teams,” he said.

The difficult decision would be between Zahid Mehmood and Usman Qadir, he pointed out, said the analyst, added that Usman is likely to play in the T20 World Cup as he is a close friend of skipper Babar Azam.

The spinner will play a vital role in the Twenty20 World Cup hence it will be an important decision for the PCB to take, he emphasised. Dr Nauman said the matter of fast bowlers is already settled hence there was no room for speculation in that regard.

Commenting on the progress of the Pakistani Team, Dr Nauman said the situation of Pakistan cricket was not as bad as it is being projected, adding that some players were given unnecessary chances time and again while those who deserved were denied.

Dr Nauman further said Haider Ali is talented but a certain period of time is required for him to make an impact in international cricket while Azam Khan is a premature induction, although he has all the capabilities to become a good cricketer.

Dr Nauman praised Iftikhar Ahmed, saying that he is a sensible cricketer and has proved himself in the Pakistan Super League (PSL).