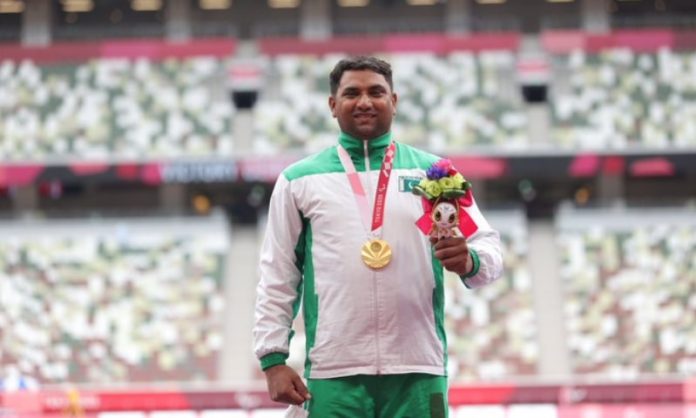 ISLAMABAD, Sep 03: Pakistan’s discus thrower, Haider Ali made the nation proud as he claimed the first-ever gold medal for the country in the Tokyo 2020 Paralympic Games on Friday. Haider bagged the medal with a 55.26 metres throw in his fifth attempt out of the total six, according to information.

His first two throws were adjudged ineligible, almost costing him a spot in the contest. He nailed his third attempt with a throw of 47.84 meters, while the fourth throw was a foul. But his fifth attempt was a classy throw that helped him earn the medal in the coveted event.

Ukraine’s Zhabnyak with a 52.43 metres throw finished second to win a silver medal, while Brazilian Teixeira de Souza with a 51.86 throw ended third to take bronze. Overall, this is Haider’s third medal in the prestigious event. Earlier, he has earned two medals for Pakistan – a silver in Beijing 2008 and a bronze in Rio 2016 in the long jump event.