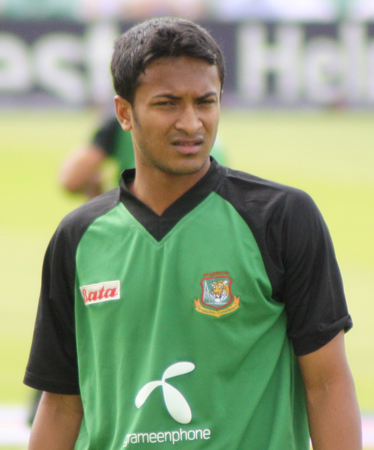 DHAKA: Shakib Al Hasan is back in the list of Bangladesh’s centrally contracted players, after missing out in 2020 on account of a large part of the year being part of his one-year ban from all cricket. Shakib is one of five cricketers offered an all-format contract. Tamim Iqbal’s contract includes Tests and ODIs only, while Mahmudullah has been given an ODI and T20I deal. The Bangladesh Cricket Board has changed their policy from the red-ball and white-ball contracts in 2020, to a more format-specific contract for the players. The announcement came after a BCB meeting on September 1, and the period for this year’s central contract is May to December. The board first wanted to see how the players performed, as well as discuss with them which formats they are available for. The number of players offered a contract has been raised significantly, from 17 last year to 24 this year. Although the BCB however didn’t mention the salary amount for each format, ESPNcricinfo has learned that the match fees remain the same as last year. Players will therefore earn BDT 600,000 (approximately USD 7000) per Test, BDT 300,000 (approximately USD 3500) per ODI, and BDT 200,000 (approximately USD 2350) for each T20I.

Apart from Shakib, the others in the all-format category are Mushfiqur Rahim, Liton Das, Taskin Ahmed and Shoriful Islam. Rahim and Liton were in this category last year too. Fast bowlers Ahmed and Shoriful meanwhile, have been rewarded for their consistency this year. Iqbal, who opted out of this year’s T20 World Cup, hasn’t played T20Is this year, and has been predictably kept off the list of contracted players for the format. Mahmudullah, who retired from Tests earlier this year, remains a white-ball only contracted cricketer. Six players —- Shoriful Islam, Saif Hassan, Mahedi Hasan, Nurul Hasan, Nasum Ahmed and Shamim Hossain — have been offered a central contract for the first time. Those who didn’t have a contract last year but have been offered one this year are Shakib, Ahmed and Shadman Islam. Only two players have been dropped from the list of those offered contracts last year: Mohammad Mithun and Nayeem Hasan.