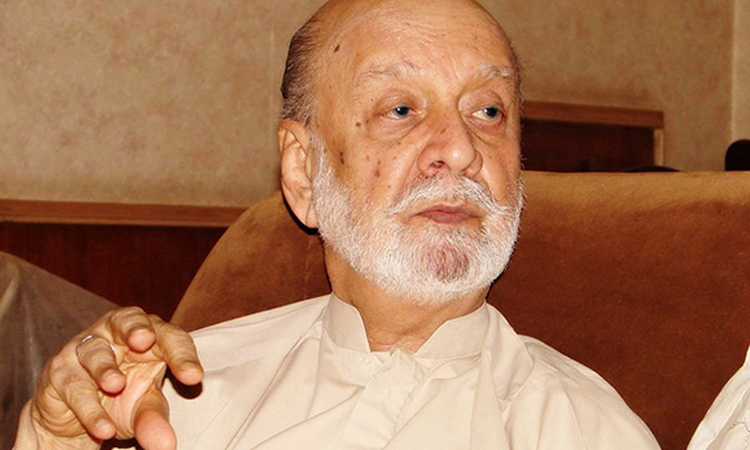 Balochistan’s first chief minister Sardar Attaullah Khan Mengal, a prominent Baloch nationalist leader and patron of the Balochistan National Party, passed away at a private hospital in Karachi on Thursday at the age of 92.

His body will be transported from Karachi to his home town of Wadh, in district Khuzdar, where his funeral will be held today afternoon. He will be buried near the martyrs’ graveyard east of Wadh.

The Balochistan National Party has announced a 10-day mourning period and in this time, the party flag will remain at half mast. Sardar Attaullah Khan Mengal was born in 1929 in Wadh area of Khuzdar district and was the son of Sardar Rasool Bakhsh Mengal. He served as the first chief minister of Balochistan from May 1, 1972 to February 13, 1973 and played key role for uplifting of Balochistan during his tenure. He founded the University of Balochistan, Khuzdar Engineering, and the Balochistan Board of Intermediate and Secondary Education.

Former prime minister Zulfiqar Ali Bhutto ended the Sardar Attaullah-led government after imposing governor’s rule in Balochistan in 1973, while he spent many years in prison as a political prisoner. Later, he was exiled to London, to return in 1990.

President Arif Alvi prayed for the departed soul and for his family to find the patience to bear the irreparable loss.