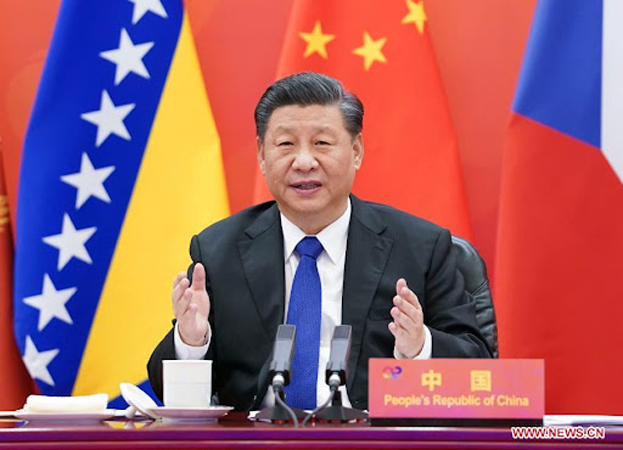 Chinese President Xi Jinping on Thursday sent a congratulatory letter to the Forum on 20th Anniversary of Juncao Assistance and Sustainable Development Cooperation, which was held both online and offline in Beijing.

Juncao, which is famed as ‘magic grass’, is two Chinese characters meaning ‘mushroom’ and ‘grass’. The particular breed of grass was discovered by Chinese scientists to be an economical and environment-friendly substitute for timber traditionally used as a substrate for growing mushrooms. Juncao technology has now been disseminated to 106 countries through training programs or on-site demonstrations.

In his letter, Xi said the technology has facilitated the efficient use of three major agricultural resources – light, heat and water – and realized the recycling of plant, animal and fungal materials, benefiting ecological, food and energy security.

Xi said he has paid close attention to international cooperation on Juncao technology for a long time. Since China built the first overseas demonstration base for Juncao technology in Papua New Guinea in 2001, the technology has been introduced to more than 100 countries, playing an important role in alleviating poverty, creating jobs, promoting the use of renewable energy, addressing climate change and improving people’s welfare, he noted. China stands ready to work with relevant parties to make further contributions to the implementation of the United Nations 2030 Agenda for Sustainable Development, he said, expressing hope that Juncao technology will bring more benefits to people in developing countries.

The forum was co-hosted by the China International Development Cooperation Agency and the Fujian provincial government. 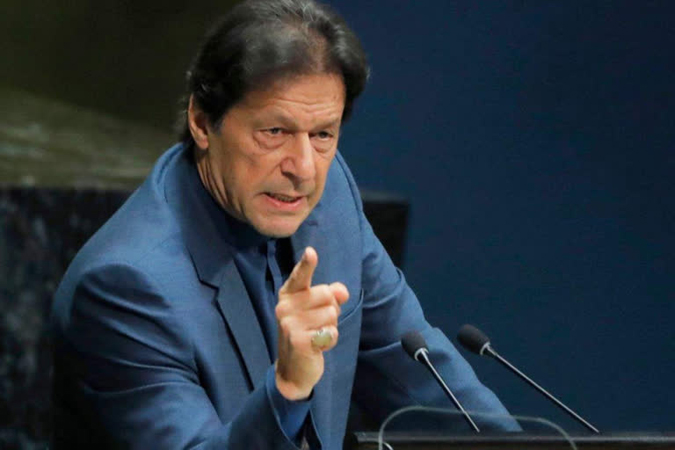 In a video message for the Forum on 20th Anniversary of Juncao Assistance and Sustainable Development Cooperation, Prime Minister Imran Khan commended China for sharing this beneficial technology with over 100 countries, which has already benefited thousands of people across the continents over the past 20 years. He said the world at large and the people of the Global South in particular, are grappling with multiple challenges, including climate change, poverty, and food insecurity.

“With relentless efforts towards ending poverty in all its manifestations, extreme poverty had been steadily declining in the past two decades. However, Covid-19 pandemic triggered an economic meltdown which has slowed down global progress. The extreme poverty rose in 2020 for the first time in over 20 years,” Imran Khan said. “Achievement of food security, and improved nutrition, have become an even greater challenge for developing countries. Sustainable ways of achieving economic recovery, growth and development are critical, during the pandemic. Juncao technology is one such way. It helps small-scale farmers to develop low-cost, commercial-scale mushroom cultivation,’ he added.

The prime minister said China is a role model for developing countries in poverty alleviation. “China’s stellar growth has brought 800 million people out of poverty over the past four decades. China’s leadership role in climate change is also highly appreciated. I commend President Xi’s vision of a “prosperous, clean and beautiful world” and initiative to achieve carbon neutrality by 2060,” he added.

“Poverty alleviation and tackling climate change are my government’s key priorities. We launched a wide-ranging social safety program called ‘Ehsaas’, with the objective of uplifting marginalized people, eradicating poverty, and supporting vulnerable households. Our Ehsaas Emergency Cash programme cushioned the most vulnerable part of our population from economic shocks of the Covid-19 pandemic,” Imran Khan said. “As one of the most climate-vulnerable countries, Pakistan fully supports international efforts to combat this scourge. Under a well-articulated climate change and environmental agenda, consisting of a number of flagship green initiatives, we are progressing towards a Clean and Green Pakistan. As part of one of the most ambitious efforts to expand and restore forests – we have already planted a billion trees as part of our 10 Billion Tree Project,” he added.

“Our green initiatives resonate with the “United Nations Decade on Ecosystem Restoration 2021-2030. We hope it will contribute to preventing, halting, and reversing the degradation of ecosystems. I am pleased to note that innovative Juncao technology – at the confluence of poverty alleviation and sustainable development – suits our society and economy. Such innovative, affordable and eco-friendly technologies may help catalyze our progress towards achieving the first two Sustainable Development Goals: no poverty and zero hunger. Our National Poverty Graduation Program, which empowers people by providing livelihood, creating assets and trainings, can play a vital role in collaboration with Juncao technology,” he said. “Let me conclude by expressing my strong resolve and commitment to international cooperation aimed at poverty alleviation and sustainable growth, and addressing climate change,” he added.