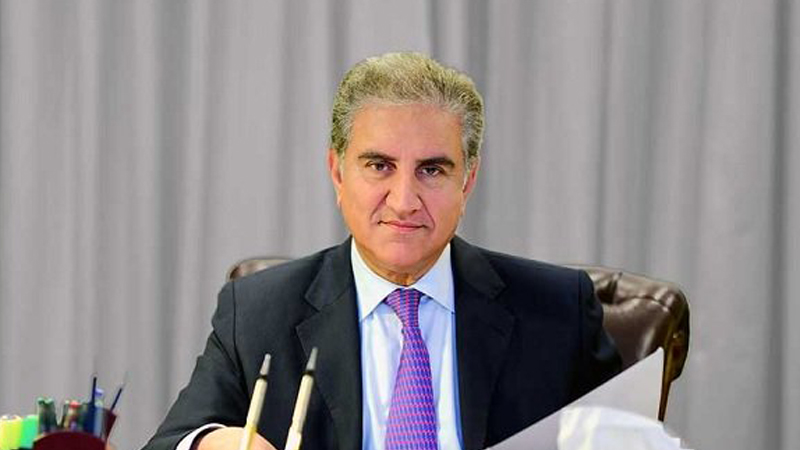 Speaking at the 4th Think Tank Forum here, he said Pakistan was supporting efforts to establish sustainable peace in Afghanistan. The use of force in Afghanistan put hurdles in the way of finding a political solution to the conflict, he added.

Foreign Minister Qureshi said the international community was surprised the way Afghan security forces vanished and Taliban took control of Kabul. Apparently civil war had been averted in the country, he noted.

The foreign minister said after taking control of the government, Taliban announced general amnesty and made announcements regarding protection of rights of women, freedom of expression, provision of employment and education and setting up of an inclusive political system. He urged the Afghan leadership to show sagacity in the present situation. Pakistan was the only country which always advocated a peaceful solution of the Afghan conflict, he added.

The foreign minister said Pakistan would benefit most from peace and stability in Afghanistan due to war in its neighbouring country, Pakistan suffered the most and many lives were lost and its economy was adversely affected. The foreign minister expressed sorrow over the sad demise of veteran Kashmiri leader Ali Shah Geelani and eulogised his services for the Kashmir cause.

Separately, Foreign Minister Qureshi and his Austrian counterpart Alexander Schallenberg exchanged views on the latest developments in Afghanistan as well as on bilateral relations.

During the telephonic conversation, the Austrian Foreign Minister thanked Pakistan for its support in facilitating transit of Austrian nationals and others from Afghanistan. Sharing Pakistan’s perspective, the Foreign Minister, who received the call, stressed the importance of peaceful and stable Afghanistan and highlighted the salience of safety and security of Afghans as well as an inclusive political settlement.

He stressed that there was a historic opportunity for ending 40 years of conflict in Afghanistan. Engagement of the international community with positive messaging and constructive actions, was much needed, he added.

The foreign minister called for concerted efforts to stabilize the security situation, preserve the peace, and preclude any exodus of Afghans as refugees, said a press release issued here by the Ministry of Foreign Affairs. He underlined the need for international community to show solidarity with the Afghan people to address the humanitarian needs and support economic stability.

The two foreign ministers expressed satisfaction over the current level of bilateral engagement and pledged to further establish linkages and deepen cooperation between the two countries in all spheres of mutual interest including trade, economy, higher education, tourism and culture.