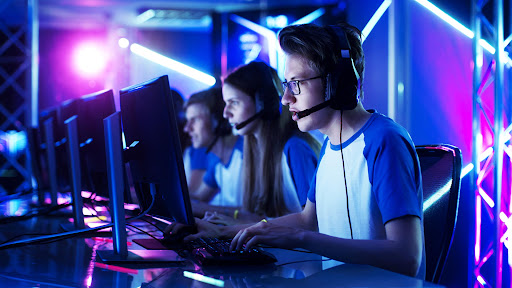 ISLAMABAD, Sep 1: Pakistan after enjoying a celebrated reign in the sports arenas with one of the phenomenal expressions of passion and sportsmen spirit has gained promising momentum in E-Sports being played online with intricate minds.

Gone are the days where cricket and hockey attracted Pakistani youth, the recent trends show Pakistani youth attraction towards the E-Sports industry that is considered as new Hollywood due to the sponsorship and organisations involved in it, said a study published during Covid-19 lock down in 2020.

The research journal focusing on market trends “Market Watch” narrated that following the footsteps of Europe and American markets, Pakistani youth is thrilled to add E-Sports culture to the Pakistani market. Information Technology (IT) sector is fast growing in Pakistan with a contribution of 1 percent about 3.5 million USD to the GDP of the country.

With the induction of the E-Sports ecosystem this net gross is expected to boost by a sizeable margin, it said. E-Games like Players Unknown Battlegrounds (PUBG), Free Fire, DOTA, Call of Duty (COD), and Valorant is the new craze among Pakistan Gaming Community.

With over 10 million active users PUBG has revolutionised the E-Sports culture in Pakistan followed by COD, Free Fire, and Valorant. The competitive E-Sports that have been introduced by these games have allured the organisations and sponsors.

E-Sports sensations like Arslan Ash and Sumail Hassan are beacons of light for young Pakistani gamers pursuing their career in E-Sports. The latter is currently ranked 10th in the overall ranking of the world by earnings with total earnings of over US$3 million. Arslan Ash has won Tekken 7 Ultimate Fighting League held in Kyiv, Ukraine which was the first ever participation of Pakistan in global events of Tekken 7.

When talking to Mr. Taha Talib, renounce Free Fire player about E-Sports depth in Pakistan, he said, “The current market has improved a lot as compared to past. The prize pools are much higher and moreover, the acceptance for E-Sports is growing day by day.”

When asked about future E-gaming in Pakistan, he responded that “The future offers great scope, the upcoming tournaments are major attraction for young players. However, constant fear of restrictions is what worries me the most.”