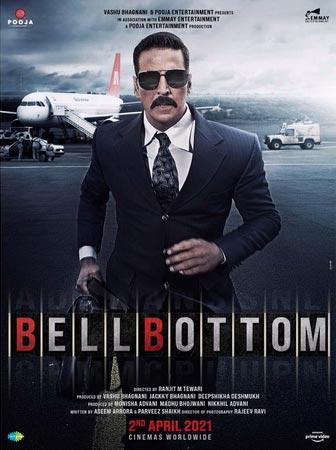 Bollywood superstar Akshay Kumar on Sunday said he was thrilled that his recently released film “Bell Bottom” was screened at a travelling cinema hall in Ladakh, touted as the world’s highest mobile theatre.

Kumar’s BellBottom, which released theatrically in the country on August 19, was screened for the Indian Army and CISF personnel on August 22.

The actor took to Twitter and described the mobile theatre as “an amazing feat”.

“Makes my heart swell with pride that BellBottom was screened at World’s highest mobile theatre at Leh in Ladakh. At an altitude of 11562 ft, the theatre can operate at -28 degrees C. What an amazing feat!” Kumar, 53, wrote alongside the photo of the cinema hall.

Directed by Ranjit M Tewari, BellBottom also stars Lara Dutta, Huma Qureshi and Vaani Kapoor. Stenzin Tankong’s Sekool, the acclaimed short film on the Changpa Nomads of Ladakh, was screened at the launch of the theatre.