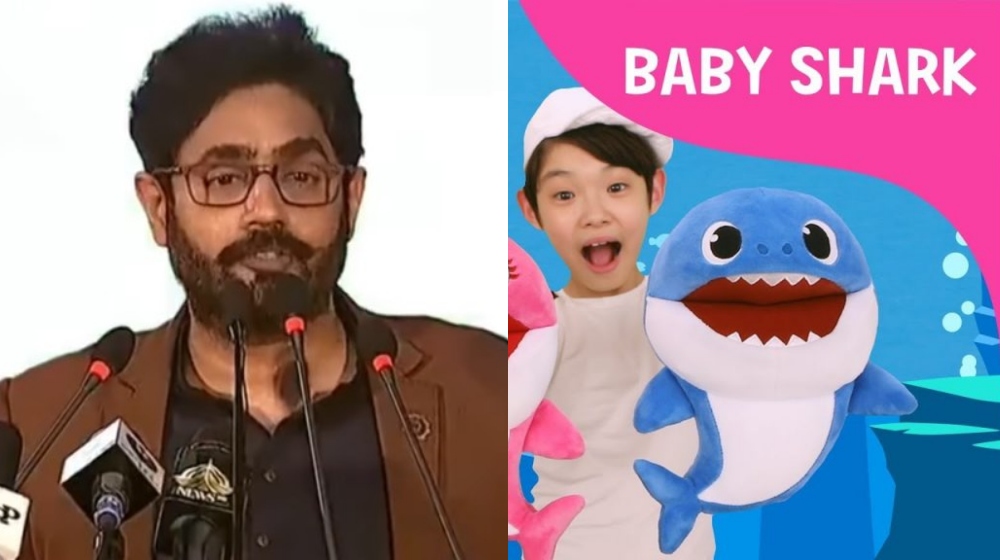 At a convention marking PTI’s three-year performance Abrar-ul-Haq’s statement criticising modern mothers for giving their children gadgets has started a debate on social media, some were showing support while the other were criticised him on his statement

“In the past, mothers used to teach the kalma to their children, nowadays they give their phones on which the kids listen to ‘baby shark’,” Abrar-ul-Haq said.  Few people highlighted the valuable aspects of children’s poems, while some others recalled lyrics from Abrar-ul-Haq’s songs.

A woman commented that a man who had sung songs like “Nach Punjaban” and “Billo De Ghar” thinks mothers letting their kids listen to “Baby Shark Doo Doo” are accountable for the social and moral turn down of children. Another man said, “The kalma and nursery rhymes are not a replacement for each other. You can teach both  the Kalma and nursery rhymes to your children.”

Others pointed out that nursery rhymes have been taught to children for a long time and aren’t recent happening. A user said comparing Baby Shark with Kalimah is just stupid! Abrar himself made a joke to please his boss.

Characters like Humti Dumpty, Tot Batot, and Aaloo Mian have filled children’s imaginative worlds with colour and encouraged them to learn with interest. Through nursery rhymes, children learn from playing new words, the family system.

Users added that with the help of characters within nursery rhymes, children used to learn numbers, alphabets, names of vegetables and fruits, and sometimes the sounds of animals.  In this modern era, traditional style of teaching and learning are changing and digital apps are now being used to teach children.