* Among the Kardashian-Jenner family members who reacted to the moment was Kylie Jenner, who shared images on her Instagram Story of Kanye and the bride 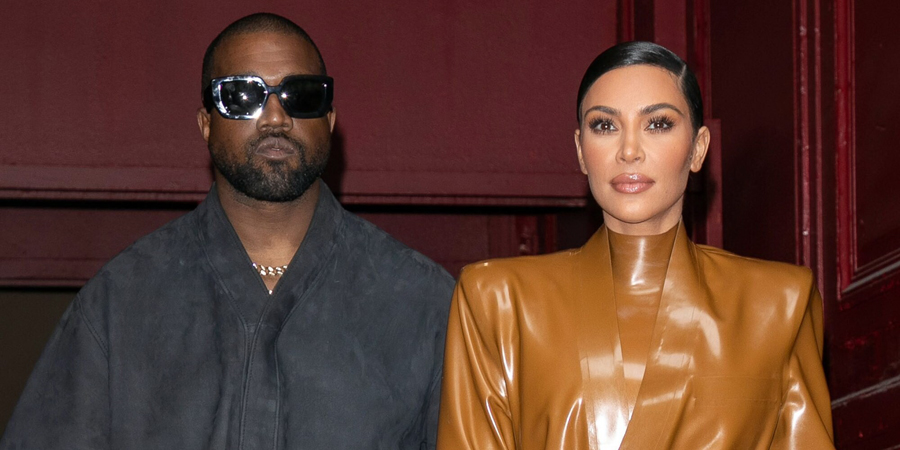 On Thursday, Aug. 26, fans joined the 44-year-old rapper at Chicago’s Soldier Field for the long-awaited album’s third listening party. Viewers of the event, which was mostly centred around a replica of the star’s childhood home, were stunned by the final song, when Kanye appeared to be set on fire and then was greeted by a bride. Amid speculation about the identity of the bride, E! News can confirm the woman, who wore a Balenciaga Couture wedding gown and a veil covering her face, was indeed Kim Kardashian.

Among the Kardashian-Jenner family members who reacted to the moment was Kylie Jenner, who shared images on her Instagram Story of Kanye and the bride. Meanwhile, Khloe Kardashian took to Twitter at the end of the night to post, “insanely beautiful!!!”

Video posted to a fan account appeared to show Kanye and the bride holding hands as they made their way out of the venue after the album had finished playing.

The night, during which Kanye wore all black and had his face covered by a mask for most of the time, brought plenty of other shockers. Fans noted that contributions from both Jay-Z and Kid Cudi, which were heard during previous versions of the album, were not included this time around.

One performer making the cut on this version was DaBaby, who recently faced backlash over homophobic comments he made earlier this summer. DaBaby, whose verse appeared to replace Jay-Z’s, was seen standing on the home’s porch at the stadium.

Also surprising viewers was the fact that Marilyn Manson was standing on the porch of the home throughout the event as well. In a May lawsuit, the rocker was accused by a former partner of rape and assault, and in February, he denied other allegations of abuse against him.

Another star who was on the porch was dancehall singer Shenseea, as she posted an image of herself to her Instagram Story after the event.

One song that was notably missing from the latest version of the album was one in which Kanye sang about “losing my family,” which was heard during both of the previous listening events.

This was the third listening event for Donda, following one at Atlanta’s Mercedes-Benz Stadium on July 22, and a second at the same venue on Aug. 5. During the first, Kanye was rather subdued, wearing a mask and red coat, while he was more animated the second time around, periodically doing push-ups and then later being lifted to the very top of the arena in the death-defying finale.

Numerous questions remain about the album that is dedicated to his late mother Donda West, such as which tracks will be included and who will be the featured guests on the final version. Also remaining as a key variable is when it will actually drop, given that the album’s initial July 23 release was pushed, as were subsequent dates in August, with Apple Music currently listing Sept. 5 as the big moment.

Kim was a spectator in the crowd for the first two events, joined by the couple’s kids. The Keeping Up with the Kardashians star-who filed for divorce in February-and Kanye share children North West, 8, Saint West, 5, Chicago West, 3, and Psalm West, 2.