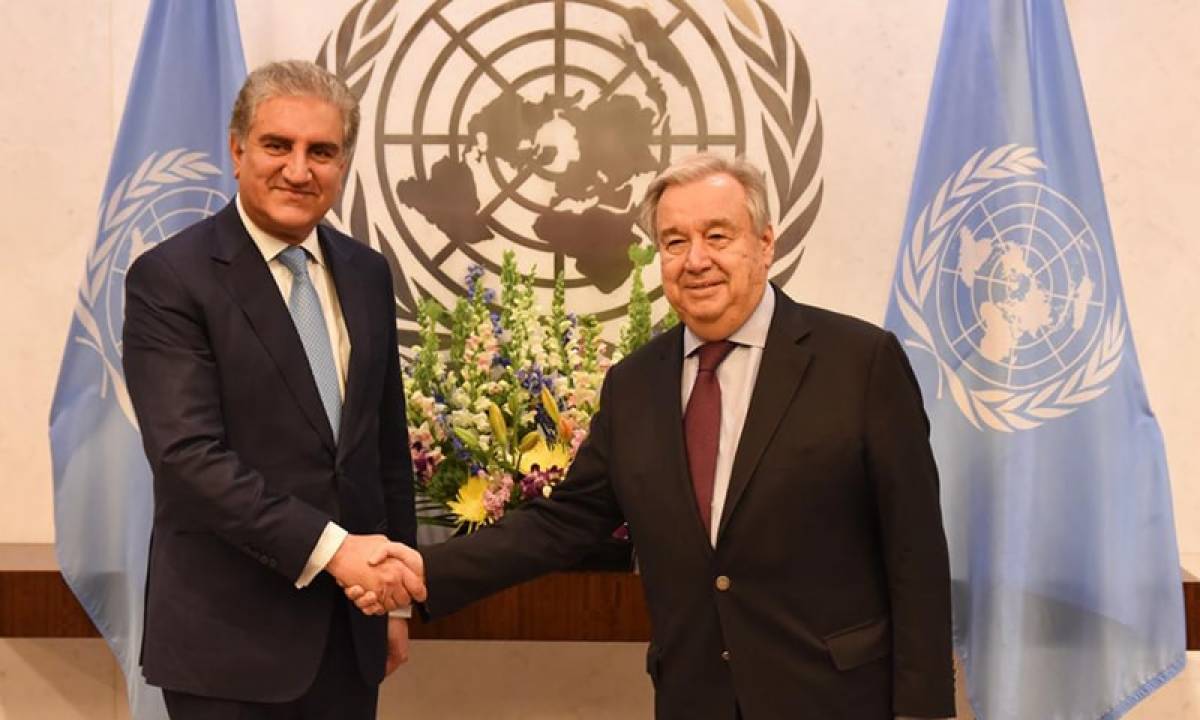 Shah Mahmood Qureshi admired the contribution of the UN in addressing the humanitarian situation in Afghanistan and noted that it was important for the international community to remain involved with Afghanistan, including by supporting the Afghan people’s socio-economic and humanitarian needs.

The UN chief expressed recognition for Pakistan’s role in facilitating the work and humanitarian mission of UN entities in Afghanistan. He looks forward to Pakistan’s continued support in this regard. He highlighted the assistance being provided by Pakistan to the international community in evacuation and relocation efforts. Shah Mahmood Qureshi asserted that Pakistan will continue to assist the UN in all possible ways.

Furthermore, foreign minister on Saturday received a telephone call from Dominic Raab, the secretary for foreign, commonwealth and development affairs and first secretary of state of the United Kingdom. FM Qureshi said that Pakistan was closely following the evolving situation in the country. Matters of common interest, latest developments in Afghanistan and other matters were discussed during the telephonic conversation.

Strongly denouncing the terrorist attack near the Kabul airport, which took precious lives.  The foreign minister said a comprehensive political settlement was the best way forward. He underscored that safety, security, stability and protection of the rights of all Afghans were critically important.

Repeating Pakistan’s commitment to regional peace, FM Qureshi mentioned that Pakistan was in touch with regional and international partners. In this context, he emphasised the vital importance of peaceful and stable Afghanistan for Pakistan and the region.

The foreign minister added that it was mandatory for the world community to stay in touch with Afghanistan to stabilise the situation and help the Afghan people economically and to continue providing humanitarian assistance.

The foreign minister highlighted Pakistan’s efforts in facilitating removal of diplomatic personnel and staff of international organisations and others, including British nationals, and assured Pakistan’s continued support in this matter. He also apprised his counterpart about his visit to four neighbouring countries of Afghanistan for a coordinated approach.

Shah Mahmood Qureshi shared his concerns about Pakistan for remaining in the ‘Red List’ for travel ban. He said that the Covid-19 situation in Pakistan has improved and urged the UK government to reconsider its decision.