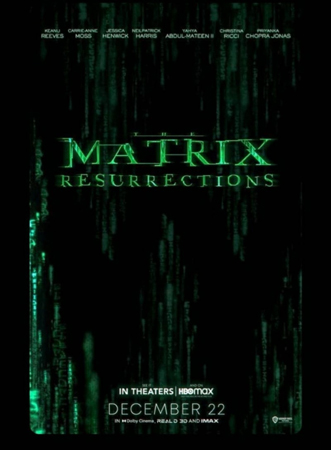 The trailer of ‘The Matrix: Resurrections’, the fourth chapter of the ‘Matrix’ sci-fi film series, was unveiled recently at CinemaCon in Las Vegas. The film stars Priyanka Chopra Jonas and Keanu Reeves in prominent roles along with Carrie-Anne Moss, Jada Pinkett Smith, Yahya Abdul-Mateen II, Jonathan Groff and Neil Patrick Harris. Lana Wachowski, one-half of the Wachowskis who directed all the three films in the franchise with sister Lilly, has penned and directed the fourth ‘Matrix’. According to The Hollywood Reporter, the fourth chapter of the franchise is titled ‘The Matrix: Resurrections’, studio Warner Bros announced. The film’s trailer was screened at CinemaCon — the largest gathering of movie theatre owners from around the world in Las Vegas, but not online.