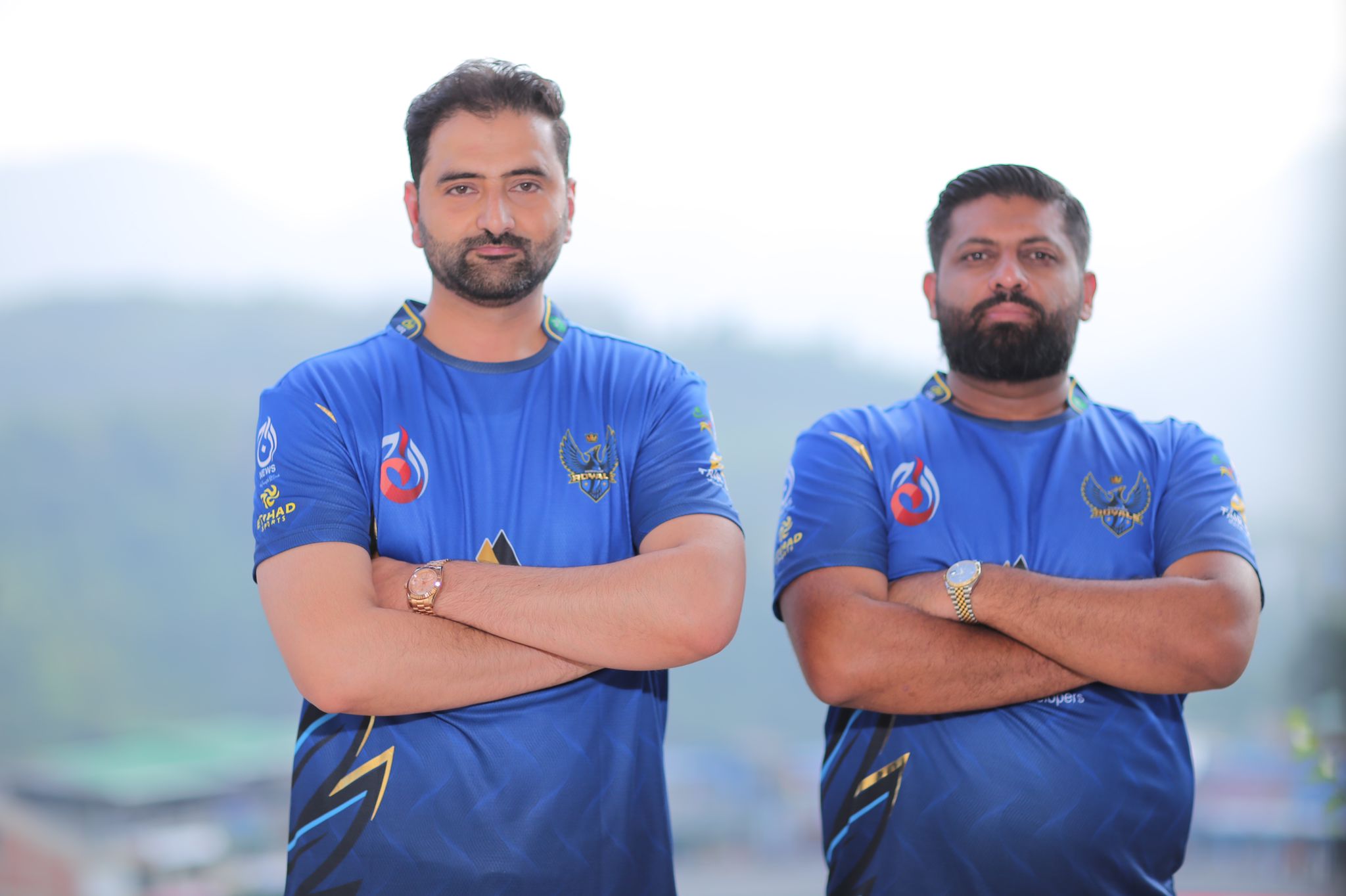 LONDON/MUZAFFARABAD: The Mirpur Royals president Suleman Raza has wished the people of Kashmir on the successful completion of the Kashmir Premier League (KPL) 2021.
Suleman Raza, a UK based Pakistani businessman who bought Mirpur Royals to connect the one million strong British Kashmiri community with Azad Kashmir, told media that the experience was tremendous as the KPL brought joy to millions of people and set new records.

Suleman Raza, who spent two weeks in Azad Kashmir with his team, said he thought to give employment as well as entertainment opportunities for the people of Kashmir and the successful completion of the KPL will pave way for the development and encouragement of Kashmiri talent. The Mirpur Royals ended the league at third place with three victories and two losses. Rawalakot Hawks and Muzaffarabad Tigers battled it out in the final match in which ultimately resulted in the victory of Rawalakot Hawks.

Commenting on the massive success of Kashmir Premier League which has provided the cricket starved Kashmiris with a chance to enjoy the sport in their own home, Suleman Raza said: “After the KPL was announced, hundreds of people from Mirpur in the UK asked me that I should buy the Mirpur Royals and create its connection with the biggest Mirpuri community outside of Mirpur. The people of Mirpur take immense pride in their culture and their origin and they want to celebrate it through soft power such as sports. Over the decades and through three generations the people of Mirpur have preserved their culture.”

Suleman Raza added that he wanted to highlight Mirpur culture through his latest venture.
“Mirpur Royals team is a tribute to Britain’s nearly one million strong Kashmiri community, most of which traces its roots back to Mirpur in Azad Kashmir. Mirpuris are the backbone of our communities and they have helped Pakistan and the UK so much. It’s time to recognize their services,” Suleman Raza, who ran a campaign during the Covid-19 lockdown to provide over a million free meals in the UK.

Mirpuris in the UK are among the most distinct diaspora ethnic groups and are known for their unique language and culture and the role people from Mirpur have played in the last 50 years, Suleman added.The KPL was launched in December 2020 by Shehryar Khan Afridi, chairman of the Parliamentary Special Committee on Kashmir.

President of Azad Jammu & Kashmir, Sardar Masood Khan serves as the Chief Patron of KPL while Wasim Akram is the founding Vice President.