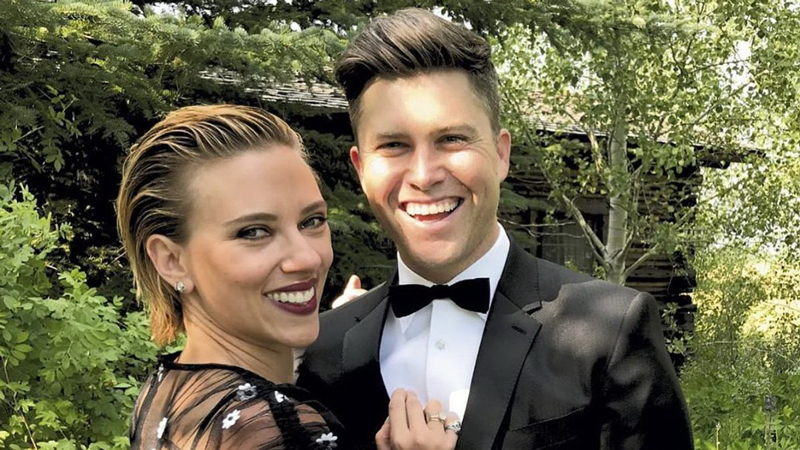 American comedian Colin Jost has recently confirmed rumours about his wife Scarlett Johansson’s pregnancy. Page Six confirmed the news from the comedian and he said that he “can’t wait to become a dad.”

The 39-year-old recently performed at a stand-up gig at the Ridgefield Playhouse in Connecticut over the weekend, where he said, “We’re having a baby, it’s exciting,” according to a source in the audience.

Page Six revealed back in July that the Marvel star is expecting the couple’s first child and is due soon. On a related note, the ‘Black Widow’ actor already has a six-year-old daughter named Rose from her previous marriage to Frenchman Romain Dauriac.

After three years of dating, she tied the knot with Jost in an intimate wedding ceremony last year. Rumours of Johansson’s pregnancy first sparked in June after the actor skipped out on several ‘Black Widow’ events.

“She hasn’t been doing many interviews or events to promote ‘Black Widow,’ which is surprising since it is a huge Marvel/Disney release and she is both the star and an executive producer,” a source explained to Page Six at the time.

The Oscar-nominated actor did carry out promotional appearances via Zoom, through which she virtually appeared on ‘The Tonight Show’ and the ‘Late Night with Seth Meyers’ show. She kept the camera set up to her shoulders up.

Despite the pregnancy, seems like the 36-year-old actor is already plotting her big-screen return after her baby’s arrival as The Hollywood Reporter recently announced that she has signed Wes Anderson’s upcoming movie, which also stars Margot Robbie and Tom Hanks.

Johansson’s character, plot and other such details of the Anderson directorial venture are being kept under wraps.