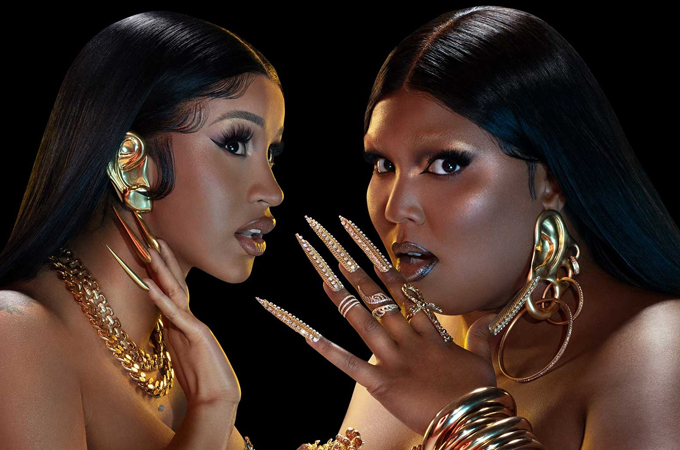 Cardi B is standing up for her friend Lizzo. Over the weekend, the “Truth Hurts” singer broke down in tears during an Instagram Live, explaining to fans that hateful comments have been taking a toll on her recently. “People who have something mean to say about you, and for the most part it doesn’t hurt my feelings, I don’t care,” Lizzo tearfully said in the clip, adding, “I just think when I’m working this hard, my tolerance gets lower, my patience is lower. I’m more sensitive, and it gets to me.”

Cardi, who recently collaborated with the Detroit native on their song “Rumors,” retweeted the emotional clip and commented in Lizzo’s defence. “When you stand up for yourself, they claim your problematic & sensitive,” she wrote on Aug. 15. “When you don’t, they tear you apart until you crying like this.”

“Whether you skinny, big, plastic, they going to always try to put their insecurities on you,” she continued. “Remember these are nerds looking at the popular table.”

In another tweet, the “Bodak Yellow” rapper addressed critics of their new single claiming that the new song is “flopping.” The debut of the collab, which dropped on Aug. 13, marked Lizzo’s first single since 2019. “Rumors is doing great,” Cardi tweeted. “Stop trying to say the song is flopping to dismiss a womans emotions on bullying or acting like they need sympathy. The song is top 10 on all platforms. Body shaming and callin her mammy is mean & racist as f***.”

This wouldn’t be the first time the “Good as Hell” singer addressed the impact online trolls have had on her social media presence. In fact, although her Twitter account is active-she revealed back in January 2020 that she would be personally stepping back from the platform, due to the comments she began receiving. As the 33-year-old singer tweeted at the time, “Yeah I can’t do this Twitter s–t no more… too many trolls… I’ll be back when I feel like it.”