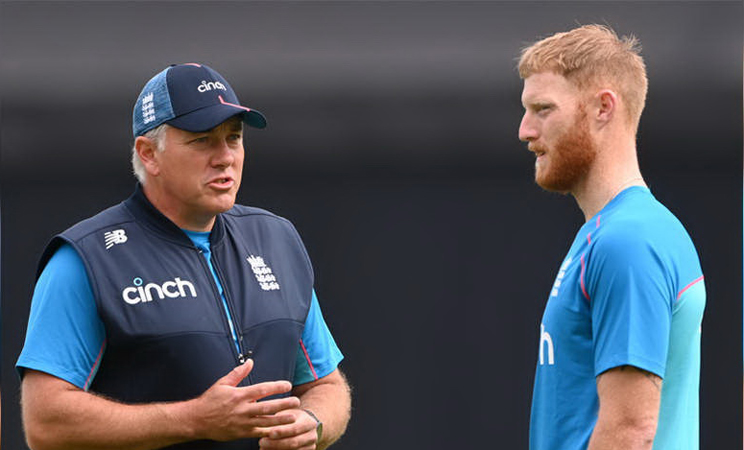 LONDON: England will not pressure talismanic all-rounder Ben Stokes to cut short his mental health break and help them try and get back on level terms with India in their ongoing Test series said head coach Chris Silverwood on Tuesday. Silverwood was speaking the day after India pulled off a thrilling win in the second Test at Lord’s to go 1-0 up in the five match series. Stokes announced at the end of July he was taking “an indefinite break from all cricket with immediate effect” because of the stress of his role as one of England’s most high-profile stars. Silverwood said it was a case of waiting for Stokes to approach him as to when he feels ready to return to the fray. Aside from the India series, England face a hectic winter schedule. They have two T20 matches in Pakistan in October, the T20 World Cup — which is being held in the United Arab Enmirates and Oman — the five-Test Ashes series in Australia and a three-Test series in the West Indies. “No, there is no pushing from my point of view,” said Silverwood. “I don’t think you can push with these issues. I will wait and there will be an element of waiting for him to come to me to let me know he is ready.”

Stokes missed England’s Test series loss to New Zealand in June due to injury, but returned to captain the one-day team to a 3-0 series win over Pakistan last month. Silverwood said the decision has to lie with Stokes and his family as to when he feels he is good to go again. “There is no time limit on it,” said Silverwood. “I would stress again the important thing is Ben is okay, his family is okay and that he comes back strong and, when he re-enters the frame, he is ready in his mind to come back and perform for England like we know he can. I am certainly not pushing him for an answer and I don’t think that would be the right thing to do. There are people around him supporting him and, when he is ready to come back in, we will welcome him with open arms, but until then he will get all the support he needs.” England are due to name their squad for next week’s third Test at Headingley on Wednesday, with pace bowler Mark Wood being assessed by the medical staff due to a shoulder injury.