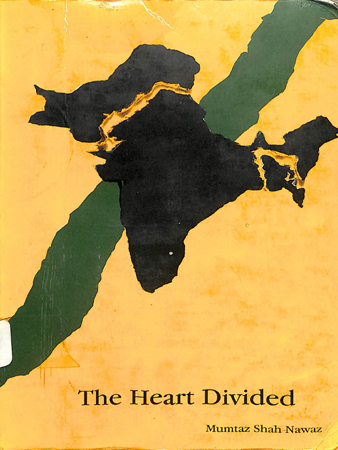 Mohanty argues that the women of third world are mostly deemed as non-progressive and traditionally but a few of them could be revolutionary as well especially if the country is passing through any state of war.

The latter category of women has been termed as the nation maker by the critics like Sutherland. He believes that men may live a nation but it is the women who make a nation. In the history of Indo-Pak sub-continent such examples have been established, especially during the Pakistan movement and struggle for independence. And even in today’s modern Pakistan, when the talk of oppression on women is rampant, we can see the role of these revolutionary women as well who not only fight for themselves but also for their women and thus for the nation as a whole.

Literature has many glaring and shining examples of such women all around the globe and Pakistani postcolonial fiction has many of the revolutionary characters portrayed in it. Zohra, in Mumtaz Shahnawaz’s novel the Heart Divided, is one such example of a revolutionary woman who paved the way forward for the Muslim women of South Asia for progress and change. Mumtaz Shahnawaz, herself from a family with a political and educational background, was far ahead of her times and, so, only from her the portrayal of such a revolutionary woman could be expected, especially at a time when the concept of a working women outside of her home side by side men was beyond possibilities among the Muslim gentry of pre-partition India.

In contrast to The Heart Divided and its women portrayals, Ahmed Ali, a contemporary of Shahnawaz, portrays women as traditional, religious, non-progressive and hence non-revolutionary and spending their lives without making any significant impact on the social set up of that time even when they were witnessing the white working women models around them. In such an environment the portrayal of Zohra is not less than a trend setter and a role model for the next century women and could be only compared with Virginia Woolf who for the first time asserted that women must write for themselves.

In contrast to The Heart Divided and its women portrayals, Ahmed Ali, a contemporary of Shahnawaz, portrays women as traditional, religious,
non-progressive and hence non-revolutionary and spending their lives without making any significant impact on the social set up of that time even when they were witnessing the white working women models around them

Zohra father, a foreign qualified and a supporter of the British ways of life could not change his family’s conservative mind set but his daughter Zohra proved a more power person in this regard. She was mostly supposed to go outside of her home in Burqa and in a car with curtains. But one day by chance she forgot to wear the head part of the Burqa and went out without that and above all, visited market with her friend Sorraya in the same condition in a tonga when the car had a flat tyre. Her mother slapped and abused her at this blatant social behaviour and blamed her of spoiling honour of their family name but her father Jamaldin, did not raise any issues. The event proved a game changer for Zohra.

She decided to get highly qualified and work for the liberation of Indo-Pak territory and change the mindset of the conservative Muslim women. She took part in the political agitations and protested with the union of her college against the British atrocities on the people of Indo-Pak subcontinent. After completion of her education she decided to become a lecturer and teach the Young Muslim girls to raise awareness about their social status even if she had to move out of her home and live in a hostel on her own. She refused to give priority to her marriage and put her socio-political work on priority.

This portrayal of Zohra by Shahnawaz can be equated with the portrayal of Akbari and Asghari in the Deputy Nazir Ahmed Novel Mira-tul-Aroos in Urdu. In fact, Zohra is a combination of both Akbari and Asghari because Akbari had a stubborn nature and Asghar was wise enough to control the situation and in fact helped to run the house hold and earn money for herself.

This progressive attitude of the writers, especially women writers provided basis and reflected the powerful participation of large number of women in the Pakistan movement and hence became a platform for the discussion on the socio-political status of Muslim women. As a result, in the beginning days of Pakistan, women played a significant part in the nurturing of the nascent state and contributed much for the uplift of the newly born state. Although the spiral of progress of women has dwindled down because of the conservative ideologies gaining ground yet the struggle put in by the revolutionary women of the 1940s has not gone wasted and is re-emerging in the 21st century Pakistan when, Zohra like, characters are flourishing day by day and are proving a socio-political asset for Pakistan. So, Mumtaz Shahnawaz deserves accolades and kudos for portraying such revolutionary characters in her novel and thus paving the way for socio-political change regarding the status of Pakistani women in the social set up.