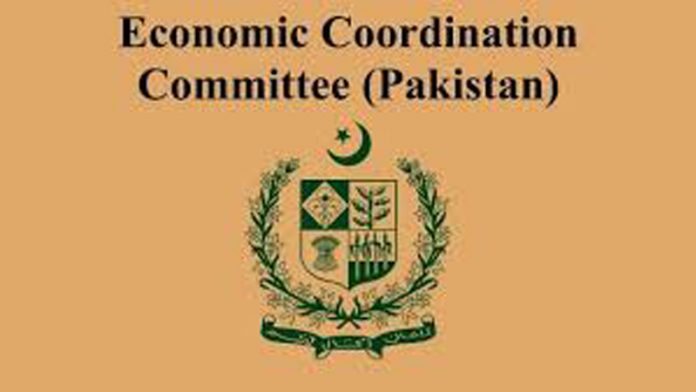 The Economic Coordination Committee (ECC) of the cabinet on Wednesday approved the structure and estimated financial impact of the National Remittance Loyalty Program (NRLP), a mobile application for which is scheduled to be launched in October 2021.

The NRLP programme is being introduced with a view to incentivise remitters to transfer funds through formal channels, thus further strengthening the inflow of remittances.

Chairing the ECC meeting, Federal Minister for Finance Shaukat Tarin directed to exercise due diligence before the launch for seamless integration with all service providers to ensure smooth working of NRLP.

Earlier, secretary finance gave a detailed presentation on NRLP, stating that remittances form the backbone of the economy. He said the proactive policy measures by the government and the State Bank of Pakistan (SBP) have incentivised the overseas Pakistanis and encouraged them to remit their hard earned money through formal channels.

The use of formal channels has contributed to achieving record remittance of $29.4 billion in the last fiscal year, the secretary said, adding that it was a clear reflection of confidence in Pakistan’s economy by overseas Pakistanis.

In order to continue the positive trajectory of remittances, the State Bank of Pakistan would introduce a mobile application, NRLP, which would offer incentives/rewards to overseas Pakistani against each remittance transaction in accordance with a set criteria.

Governor State Bank of Pakistan Reza Baqir also participated in the meeting through a video link.