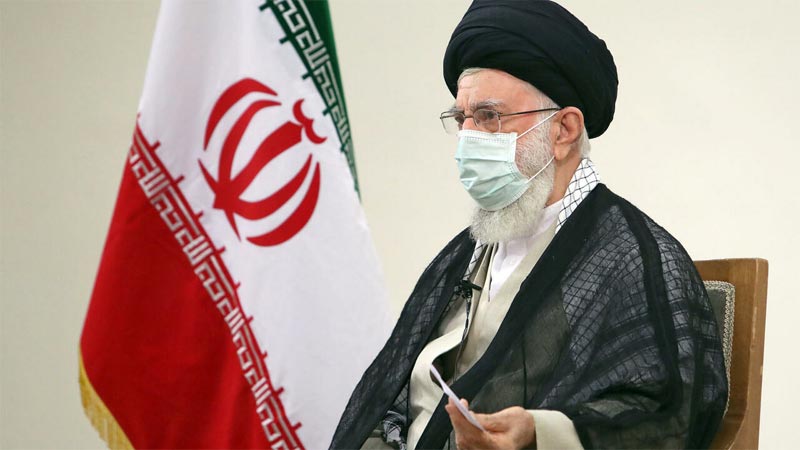 Iran’s supreme leader Ayatollah Ali Khamenei said on Wednesday that halting Covid-19 is an “urgent” priority and called for more vaccine imports and production, after record deaths and infections.

The Islamic republic’s Covid cases and fatalities have surged in recent weeks, in what officials have said is a “fifth wave” caused by the highly infectious Delta variant. “Today, the issue of the coronavirus disease is the country’s primary and urgent issue,” Khamenei said in a televised address focused on the health crisis. Khamenei said the record number of casualties was “truly painful,” and demanded greater efforts to boost vaccine “imports and domestic production”. Iran is the Middle East country worst hit by the pandemic. It has recorded more than 95,600 deaths and over 4.2 million infections, with health authorities acknowledging the official casualty numbers underestimate the real toll.

In the past 24 hours, 42,541 people tested positive for the coronavirus — the country’s highest daily caseload since the start of the pandemic. Iran has pinned its hopes on vaccinations, but the campaign launched in February has progressed slower than anticipated. Choked by US sanctions that have made it difficult to transfer money abroad, Iran has said it is struggling to import vaccines for its 83 million-strong population. The authorities have approved the emergency use of two locally produced vaccines, with the only mass-produced one, COVIran Barekat, still in short supply.

The other vaccines used in Iran include Russia’s Sputnik V, China’s Sinopharm, India’s Bharat and AstraZeneca/Oxford, according to the health ministry. More than 13.8 million people have been given a first vaccine dose, but only 3.7 million have received the necessary two jabs, the ministry said Wednesday. Khamenei in late June received the first dose of the Barekat jab, developed by a powerful state-owned foundation known as Setad.