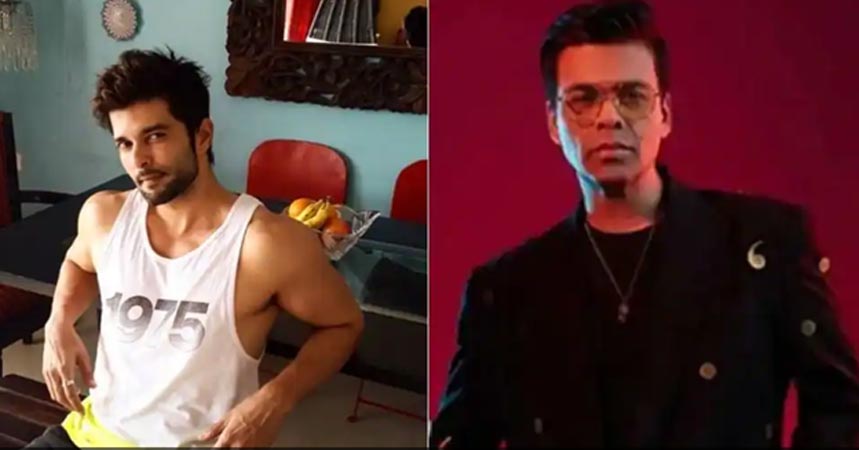 The reality show Bigg Boss OTT has been creating a lot of buzz lately with its announcements on confirmed contestants for the Karan Johar-hosted show. Recently, the streaming platform of the show Voot shared a teaser of the next confirmed contestant. Several fans guessed that it could be actor Raqesh Bapat. In the video on their website, we’re introduced to an actor who loves to paint and has an artistic flair, however, fans can only see his back.

Check out the intriguing post: Many fans, in the comment section, guessed that it could be Tum Bin actor Raqesh Bapat as he has a penchant for painting as well. He often shares pictures of his stunning artworks on his social media account. So, the buzz around him entering the show is quite strong.

Raqesh made his acting debut in the 2001 film Tum Bin, a romantic drama directed by Anubhav Sinha. After his stint on the silver screen, Bapat moved to the television industry and starred in shows such as Saat Phere: Saloni Ka Safar, Maryada: Lekin Kab Tak?, Qubool Hai. Later, he made a comeback to the big screen with the films Vrundavan and Savita Damodar Paranjape.

Incidentally, on Friday, the makers had confirmed Bhojpuri model-actress Akshara Singh as a contestant on the show.

Earlier, the makers had also revealed the name of the first two contestants of the show – singer Neha Bhasin and actor Zeeshan Khan!

The show will be hosted by director Karan Johar for the first six weeks on Voot Select and will be known as ‘Bigg Boss OTT’. After the completion of the digital exclusive, the show will move seamlessly into Colors with the launch of Season 15 of ‘Bigg Boss’.

“Bigg Boss OTT”, which will stream on Voot, will introduce a ‘janta’ factor. The new format will give the common man the uncommon powers of “Bigg Boss OTT” by enabling them to handpick contestants and the contestants’ stay, tasks, and exit from the show.