German coach thrown out of Olympics for striking horse 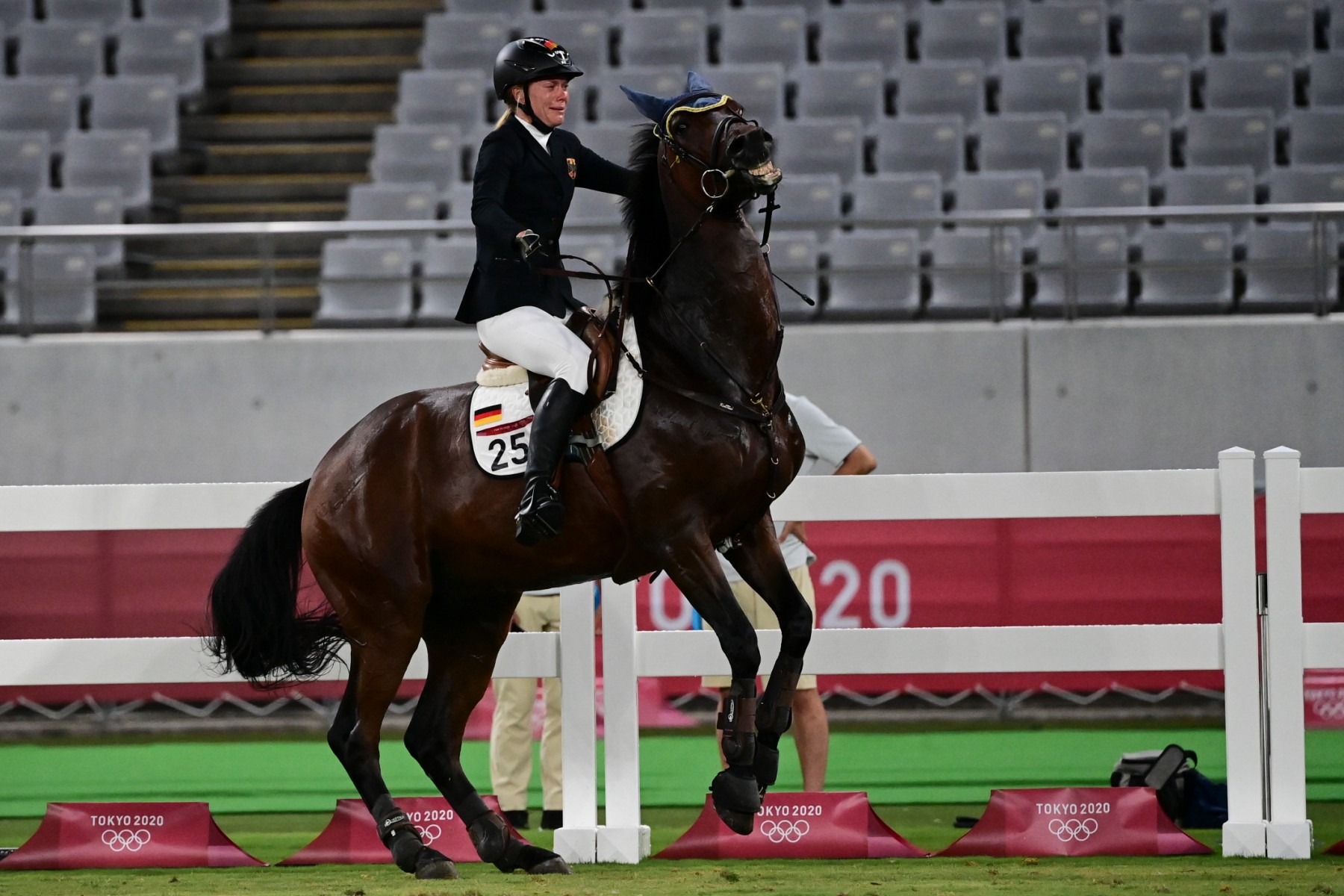 A German modern pentathlon coach was thrown out of the Tokyo Olympics on Saturday for striking a horse during the women’s event.

The International Modern Pentathlon Union said the footage showed coach Kim Raisner “appearing to strike the horse … with her fist” and that “her actions were deemed to be in violation of (the rules).”

The incident came as Germany’s Annika Schleu was leading Friday’s competition but was having difficulty bringing her horse Saint Boy under control.

The horse refused to jump the fences in the showjumping segment and a tearful Schleu eventually finished outside the medals in the competition won by Britain’s Kate French.

Competitors in the modern pentathlon draw their horses at random.

Raisner is the second German official sent home from the Games after the sporting director of Germany’s cycling team was forced to leave for making a racist comment about riders from Africa during the men’s time trial.