Fawad laughs at Nawaz over denial of visa 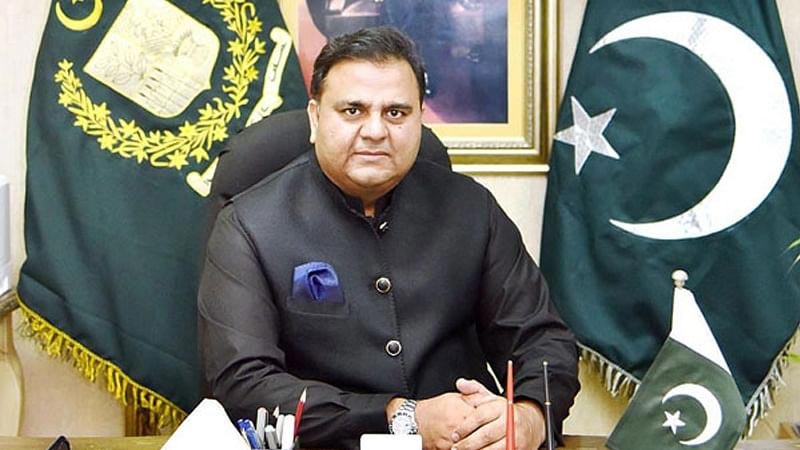 Minister for Information and Broadcasting Chaudhry Fawad Hussain on Friday mocked the Pakistan Muslim League-Nawaz leader on rejection of his application for extension in his stay in United Kingdom. Using his Twitter handle, tagging a tweet by PML-N leader Mariyam Aurangzeb, he asked if Nawaz Sharif has any self-respect and honour. He asked PML-N leaders having roots in Pakistan to comment on Nawaz Sharif’s efforts to get extension in his stay in UK. Meanwhile, Special Assistant to Prime Minister (SAPM) on Political Communication Dr Shahbaz Gill on Friday said immigration department of United Kingdom (UK) has rejected visa extension application of former prime minister Nawaz Sharif on pretext of false statements. Addressing a press conference, he said the UK immigration provided two chances to Nawaz Sharif to prove his illness. However, Nawaz Sharif misled the UK authorizes about his illness by attaching old medical reports with visa application, he added. He said Nawaz Sharif was not sick as he was seen dining in restaurants and strolling (on London roads), but he had obtained the visa by telling lies to the British authorities about his health. The PML-N leader was not ill as the relevant authorities were witnessing his dining at restaurants and roaming on the roads, besides holding meetings, he said.

He demanded Pakistan Muslim League Nawaz (PML-N) leader to share the visa rejection letter with the media. Telling lies was old modus operandi of PML-N leaders, he added. He said upon visa rejection, Nawaz Sharif contacted various doctors in UK but they refused to provide any such fake medical reports. He said Nawaz Sharif fled to London by plundering the national wealth. However, now the UK government asked him (Nawaz) to leave the country, he added.