‘Those who do not move, do not notice their chains’ 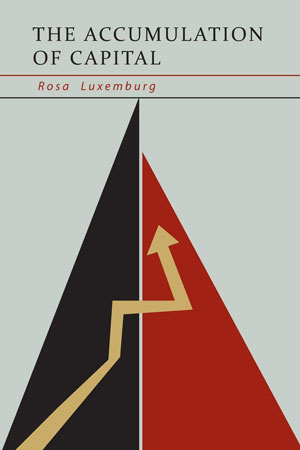 Iron lady, the undefeatable, to whom capitalism was not acceptable in all its forms, who spent most of the days and nights of her life behind the bars of the jail and still profound of free-thinking process evolving through the processes of freedom of speech to whom “freedom was always the freedom of the one who thinks differently.”

Her real name was Rozalia Luksenburg while commonly she is known as Rosa Luxemburg. She was a Polish Marxist, a Jewish, an immigrant, a philosopher, an economist, an anti-war activist, revolutionist and much more. She was born in 1870 in Poland was part of the then USSR. She flew to Germany for her Ph.D. and married a man and got German nationality. She remained a prolific figure for the centuries in Germany. She worked in three areas in her whole life: (1) An economic study of Capitalism and its Connection to Imperialism (2) The Political study of socialism and (3) Relationship to the national question. She joined the Social Democratic Party (SDP) of Germany whose objective was the liberation of the industrial working class and minorities. Which she left during WW-? because of her being anti-war revolutionist ad SDP started supporting the war financially and in other ways, which was not acceptable by Rosa. She died in 1919 and the cause of her death was her execution for being an anti-war revolutionist.

The book was written in 1912 and was published in 1913. During her days in prison, she wrote the book and telling her friend about her experiences of writing this book, she says: “The period when I was writing the book was one of the happiest periods of my life. I lived as though in a state of intoxication, saw and heard night and day nothing but this problem which was so beautifully unfolding itself before me and I hardly know which gave me greater pleasure: the thought processes involved in wrestling with a complicated problem as I walked slowly back and forth across the room or the putting of results to paper in literary form. Do you know I wrote the whole thing out in four months an unheard-of thing and sent it directly to the printer without even one reading of the draft through?” She might not be successful in presenting an overall process of capitalist production, with sufficient. But on a closer examination, she came to know that the problem was not with the Vol ? of Marx’s Capital rather than was with the content of Vol ? and at the same time with the practice of present-day imperialism. This book was the result of her teachings at the SDP’s school after 1906.

The Problem of Reproduction; in which the whole problem of reproduction is considered from Vol 1 that how reproduction the process involved in capitalism presented by Marx has some contradictions and is not the true depiction of Pure Capitalism, moreover

What led her to write and take the work of Marx forward was her claim of recognition of the nature of the gap and weakness in Vol ?. The book is based on three sections leading from:

Section (?) The Problem of Reproduction; in which the whole problem of reproduction is considered from Vol ? that how reproduction the process involved in capitalism presented by Marx has some contradictions and is not the true depiction of Pure Capitalism, moreover

Section (?) Historical Exposition of the problem talks about having three different rounds including fifteen different chapters. These are three famous debates over the irrational consumption and accumulation of capitalist economy while in these chapters Luxemburg showed why in her views, none of the protagonists was successful in solving it; further moving towards

Section (?) Historical conditions of accumulation, which is Rosa’s solution to the difficulty of the problem of reproduction in which she wasn’t successful but tried her best to contribute to Marxism. As in her views: If Marx could have lived more; he would have solved this problem on his own but, now it is the duty of his followers to do so.”

Recalling the Vol ?, the volume deals with the circulation of capital and ‘reproduction schemes’ which are in effect Marx’s version of Tableau Economic in numerical form as presented. According to Marx, the value of every commodity or the total value of commodities is made up of

C+V+S, where C is constant capital where V and S are the variable capital and Surplus, respectively. Whereas all the commodities can be classified as means of production or consumer goods. It follows that the production can be divided into two groups or departments Department ? producing means of production and Department ? producing consumer goods. Marx called to what simple reproduction – that is to say, a situation in which all remains unchanged from a year 1to year 2, resulting (1) the output of Dep ? would be equal to the constant capital of both the departments and of course (2) the output of Dep ? would be equal to the variable capital of both the departments. Proceeding from the Simple reproduction scheme to what is known as expanded reproduction though there are some similarities in both as basic principles involved in both are the same, but matters are complicated as we move to the latter one. Whereas the difference is that in the latter one the capitalists do not consume all of their incomes but save a part of it and reinvest in the constant and variable capital. This leads to an increase in consumer demand for what there is an increase in incomes of the labourers and of course the capitalist class would now be able to consume more without encroaching on the sources of accumulation. This was the point at which Rosa argued that the planned socialist society would less follow these passages. She argued that there was nothing wrong with the schemes rather than that they were not the true depiction of pure capitalism. This was the core of Rosa’s criticism of the Marxian system.

Now the question faced by her after the schemes was that, where the accumulation starts? To which she answered so beautifully that: accumulation starts at the point where or when the capitalists have sold the produced goods in which their surplus value is embodied. Now what the surplus-value should be so, she argued that this surplus value for the whole class must be turned into ‘Money’ before it is to buy additional capital and labour. Now the context that is followed this is, where are the purchasers? The answer would be off course in a capitalist terminology: “To satisfy their consumption capitalists realize each other’s surplus-value.” But here she argues that if we move in this way we come back to Simple reproduction. What she answers is that in viewing the Simple reproduction scheme the answer would be partially the capitalists themselves and remaining by workers with more wages. This answer says that there must be some capitalistic thought process behind it for new demand. Again, a question arises that from where would this new paying demand come? And here are some solutions provided by Rosa in the book were: (1) a natural increase in population, for what she said that is not acceptable in capitalism because according to capitalism ‘a baby is born with no money in pockets’ (2) Third persons, but no as their wages are the subtractions from the surplus so, still the question is in its place for which she concluded that the markets outside the Dep ? and Dep ? must be reached for this paying demand. For me, the two solutions can be made for this paying demand problem the one which she supported that of market expansion and the other one she didn’t that is of natural increase in population, as I support the former also because the baby doesn’t have money in the pocket for her demand but there is still someone who can pay for her demand that is the already living population. She believed that Marx never solved the contradictions of incompatibility of expanded reproduction and Pure Capitalism. He struggled with the problem less clearly at his times. If he could have lived, he would have resolved the problems.

The last section about the Historical Conditions seems very important for Rosa as she once said to her friend in a letter that “Never forget that we are bound to historical laws of development and that these laws never fail, though sometimes they don’t follow the exact, detailed blueprints we have laid out.” For the accumulation of capital in history, two conditions seem very important for her. The one, existence of non-capitalist countries alongside capitalist ones. And the second, presence of a non-capitalist population even in many capitalist countries. These were the historical conditions upon which Rosa thought the capitalist markets should expand to catch the paying demand. This was the non-capitalist environment that provided the buying demand and was missing in Pure Capitalism. Her theory led her to some important conclusions regarding the future of capitalism. To be true according to her, capitalism depends on its non-capitalist environment, but in the process of living of its environment could destroy it. The days of capitalism are numbered, when the last non-capitalist society or section would be consumed the capitalism would break down. She argued that capitalism has had expanded in the rise of protectionism and imperialism, defending each capitalist country to invade in other non-capitalist markets and of course the imperialism with its accompaniments of war-controlled markets. During the writing of this book Rosa, never seemed to be either a non-capitalist, a Socialist, or even a capitalist, she just had the contradictions, tried to resolve the problems, and concluded to this result which surely proved to be a well-paved path on which the capitalism has reached the non-capitalist world.

Criticisms received from the right wings of SDP due to the political meaning of her book were prominent. Her work on this book spread angry accusations from the German Communist party. Ruth Fischer and Maslow denounced the work as errors. Even Lenin rejected her impossibility theorem which was being discussed in the book as in simple reproduction the capitalism cannot expand.

Rosa was the lady who would have never accepted capitalism in any of its forms, as for her accepting a single thing of it would be like saying Yes to what she had always been saying No, and this Yes would demolish all her life struggle against capitalism and for the labour class, which was not acceptable for her till her death.

“Socialism doesn’t mean getting together in parliament and passing laws,

Socialism means for us overthrowing the ruling classes with all the

The writer is a researcher at Quaid-i-Azam University and can be reached at anumshoaib_18@pide.edu.pk