* People of Kashmir are waiting for international community to respond to their persecution, two years after BJP government unlawfully annexed Kashmir 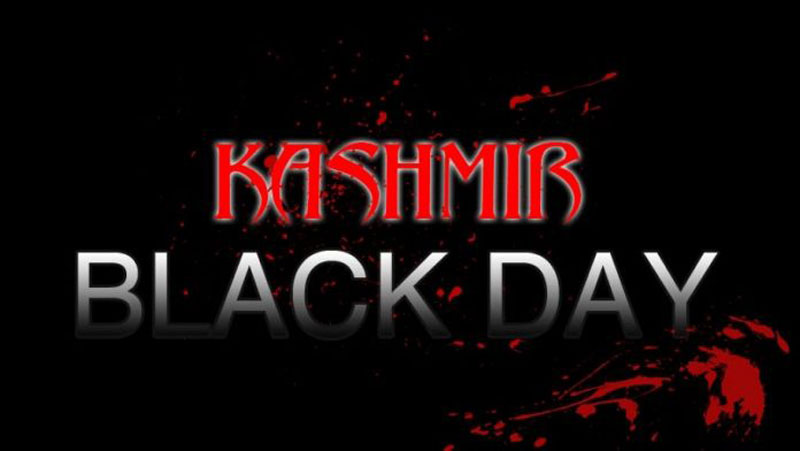 People of Kashmir are waiting for the world to respond to their persecution, two years after the fascist Bhartiya Janata Party (BJP) led government unlawfully annexed Indian Illegally Occupied Jammu and Kashmir (IIOJK).

Like October 27, when Indian forces landed on Kashmir back in 1947 to occupy the state, people in IIOJK and Kashmiris living across the globe observe August 5 as Black Day to protest the Indian government’s aggressive designs, the ultimate objective of which is to change the demographic structure and transform the Muslim majority state into Hindu majority state and fulfill its expansionist designs following the Hindutva ideology.

The move, in sheer violation of India’s own constitution as well as bilateral and international agreements and commitments, was yet another step in India’s history of colonizing Kashmir, which since long been a holy grail dream for the Hindu supremacist groups, who believe in Vinayak Damodar Savarkar’s communal ideology. This move was also an atrocious assault on Kashmiris’ national identity.

“Revocation of Article 370 and 35-A was a well thought out plan of the Indian government and it was part of BJP’s election manifesto in 2014 and 2019,” said Chairman Kashmir Institute of International Relations (KIIR) Altaf Hussain Wani while talking to APP.

He said, since the revocation of these articles, the Indian government had introduced or amended dozens of laws aimed at changing the demographic structure of the state.

In accordance with the international agreements, that have been accepted by both Pakistan and India, negotiated by the United Nations, and endorsed by the United Nations Security Council (UNSC), Kashmir is a disputed territory and does not belong to any member state of the United Nations. According to the UNSC resolutions the issue could be resolved by giving the people of Kashmir the right to self-determination to freely decide whether they want to accede with India or Pakistan. Hence, all the unilateral actions taken by India in the IIOJK are violations of international law.

“All the unilateral and illegal actions taken by India in the IIOJK, from the outset, the measures initiated on and after August 5, 2019, and any additional unilateral changes that India may introduce in the future, are violations of international law, including the Security Council resolutions and the 4th Geneva Convention, and ipso facto null and void,” said Prime Minister, Imran Khan. The Spokesperson for the UN Secretary-General has once again reiterated its principled stand on the Kashmir dispute. Soon after India assumed the presidency of the UNSC for one month, the spokesperson for the Secretary-General,

Stephane Dujarric clarified that the United Nations position on the Jammu and Kashmir dispute has not changed, meaning thereby that the issue could be resolved by granting people of Kashmir their right to a plebiscite. “Our position on Kashmir is well established and has not changed You will find it in relevant resolutions. I’m not going to go and repeat it, but ours is unchanged,” Dujarric said.

However, the silence of the world community has encouraged India to carry forward its nefarious agenda in Kashmir and that is why India has been working on a fast-track basis to bring about demographic change and obliterate the cultural identity of Kashmiris.

“These unconstitutional steps taken by India have also exposed the indifference and meaningful silence of international community, said Mushtaq Hussain Gilani, an APCH leader representing Islamic Political Party Jammu and Kashmir, adding that India was not brave enough to carry out this move, however silences of world community embolden it. Kashmiris, undeterred by Indian state terrorism and criminal silence by the world community, observe August 5 as a black day; to demonstrate that they do not accept India’s unilateral decision to annex Kashmir. It conveys to the world community that Kashmiris do not accept India’s illegal occupation of their motherland and also that they would continue their struggle against the illegal occupation against all odds.

“Despite the fact that Indian has virtually turned the whole IIOJK into prisons and was using all means of state terrorism to suppress the voice of Kashmiris, but it has failed miserably,” said another APHC leader and Vice Chairman Jammu and Kashmir Young Men’s League Zahid Ashraf.

It is high time India should read the writing on the wall that despite using all possible means of oppression it had miserably failed to suppress Kashmiris’ struggle and their passion for freedom.