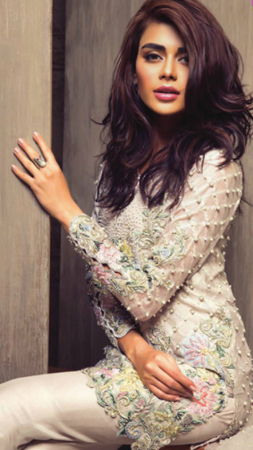 Actress Sadaf Kanwal became a part of the news after a clip from her recent interview went viral in which she was seen saying “My husband is my Culture”.

Sadaf Kanwal’s statement divided the internet. Some people supported her some bashed her. The Internet started flooding with hilarious memes made on Sadaf Kanwal.

Sadaf Indeed faced a lot of backlashes but a few of the celebrities also came to her defence and spoke in favour of Sadaf Kanwal.

Actor Ali Abbas came up in support of Sadaf Kanwal saying that it is her husband and she can treat him the way she likes to do it.

Ahmad Ali Butt, known for his comedy roles, came forward and shunned those who are bullying Sadaf Kanwal over her remarks. He called out people who are making a mockery of a woman.

Noor Bukhari, former film actress, also supported Sadaf saying that whatever she said is in accordance with the true teachings of Islam.