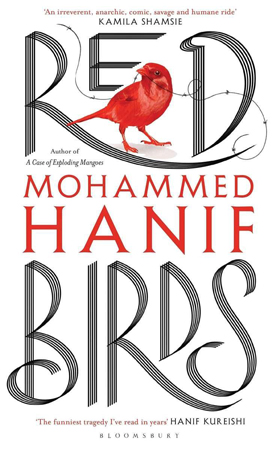 The writers of literature have been using multi-narrative in their stories within certain limits of time and space but most narratives were done through one narrator of the story.

Similarly, the narrations have been sometime in first person, sometime in 2nd person and most of the time it has been 3rd person narrative. A cursory look at the Victorian novel and the renaissance age poetry would reveal that mostly the narrative used to be in 3rd person, for example, Hardy’s ‘Return of the native’, Eliot’s ‘Mill on the Floss’, Dicken’s ‘The Tale of the Two Cities’ and Chaucer’s ‘Prologue’, Spenser’s ‘Faerie Queen’, Milton’s ‘Paradise Lost’. The case however, with narrative of drama has been very different because of its dialogues and actors that every actor would narrate his story. This moment this essay is about narratives in postcolonial and modern Fiction.

The major purpose behind the employment of multi-narrative technique is to provide not a one-dimensional story but the multi-dimensional one because every narrator provides a different perspective with reference to his or her view of the world and hence creating and developing an environment of multi-perspectivity. This is very useful for the reader as well because he finds more opportunities to identify himself with reference to his personal point of view.

The postcolonial writers found this technique to be of ample use mostly to provide at least two-dimensional view of the stories because their stories mostly represented the conflict between the colonised and the coloniser, as is evident from the Konrad’s ‘Heart of Darkness’ and/or Achebe’s ‘Things Fall Apart’. The postcolonial novel has been shorter of length as compared to the Victorian novel and is mostly divided in three parts and in each part there could be a different narrator. This is also helpful in creating a layered story with a non-linear point of view.

Pakistani postcolonial fiction writers have used this technique abundantly, especially in 21st century anglophone writings. For example, Hamid in his ‘Moth Smoke’ narrated his story through Mumtaz, Ozi, Daru, and Murad in order to provide each character’s perspective on the story. But, however, the most representative novel of Multiperspectivity through multinarrator technique is Hanif’s latest novel ‘Red Birds’.

The postcolonial writers found this technique to be of ample use mostly to provide at least two-dimensional view of the stories because they mostly represented the conflict between the colonised and the coloniser, as is evident from Conrad’s Heart of Darkness and/or Achebe’s Things Fall Apart

Most important of these narrators in Hanif Mohammad’s novel Red Birds is Mutt, a limpy talking dog. We see all characteristics of a dog in him which also help us see the way he looks at the human beings and their behaviours. Mutt provides an observer’s perspective to the story. Mutt does not need to establish his territory or cook food or two defeat an enemy and so his perspective is in a non-aligned angle providing a neutral perspective. Mutt is everywhere in the story so that his interaction could provide the reader a view about every character. He is the source of amusement in his younger age, a source of protection in his mature age, and a source of life safety and security for the foreigner as well.

Besides Mutt, Mother Dear is an indigenous woman narrator providing a feminist perspective in a traditional patriarchal society. She narrates her story as a mother, wife and a warrior. In all her roles, she is powerful and bold in her own way. She is not a modern woman yet provides a powerful feministic point of view. Her perspective is that a mother who has lost her one son to war and her country to the destruction of terrorism. However, she is unconcerned with the international politics and would spend her energy for the service of her family and to bring her lost child back home.

Elie and Momo are two young narrators who provide a contrasting narrative of two young men in 21st century world. The former provides a western brainwashed view of the world and the latter that of an ambitious young man who would utilise his gifts of nature to not only explore the world but also to make his mark on the world. Another young narrator is Lady Flower Body, who provides a youthful feminist perspective in comparison to the indigenous perspective of Mother Dear. She is educated, well skilled and is working on a significant assignment. She is paid worker and has very little to do with the rights and wrongs of the world. She looks at the world to procure data for her report. She is however independent in her view about regarding love and life. she is not an easy trap for the advances of the young men around her. Her perspective of the story is that of young and independent 21st century woman. Same is the case with Cath, the American woman, who provides an American perspective of the world seen and projected by Americans.