Centre tells Sindh to ‘do more’ to curb Covid-19 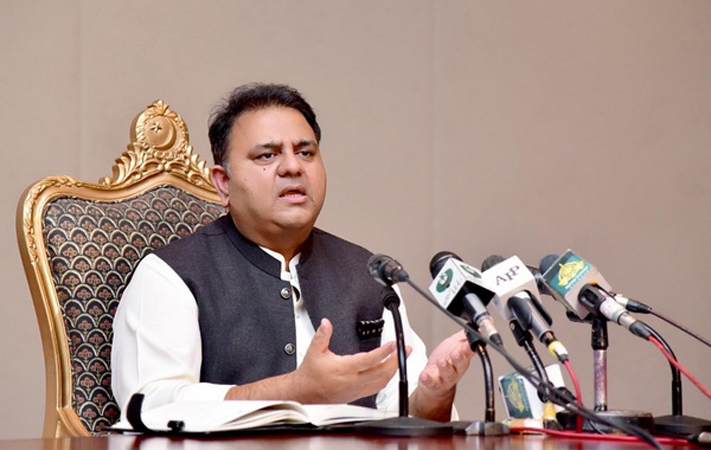 Blaming the Sindh government’s poor governance for the worsening Covid-19 situation in Karachi and Hyderabad, the federal government on Tuesday asked the provincial leadership to improve its response to coronavirus and ramp up vaccination as the fourth wave of the pandemic intensifies and infections continue to spread.

“We do not want to criticise the Sindh government but Karachi and Hyderabad are the most behind in vaccination which is why most [Covid-related] problems are there,” Minister for Information and Broadcasting Fawad Chaudhry said at a post-cabinet press conference in Islamabad. “This is why the Sindh government needs to reflect on its matters and try to improve its governance,” he further said. “The vaccination count is the lowest in Karachi and Hyderabad. Sindh government needs to look into the mirror first,” he said, reiterating that the federal government can only ask federating units to improve their governance.

Fawad said Sindh is lagging behind all provinces and the Centre has repeatedly asked the province to improve its governance. “Sindh is an important province, as it has a huge population.” He said the Centre cannot “sit back and watch faces”, adding that it was among the rights of the federal government “to bring the provinces’ attention to their governance”. “We keep bringing the attention of the Sindh government towards its governance. The he purpose of doing so is to bring betterment to the lives of the province’s people,” he added.

Fawad said the government would discuss electoral reforms with the opposition members of parliament and not the fugitives like Nawaz Sharif and Altaf Hussain. “Many leaders of both opposition parties, Pakistan Muslim League-Nawaz (PML-N) and Pakistan People’s Party (PPP), are part of the parliamentary system and want its improvement, while Nawaz Sharif, Maryam Safdar, Fazlur Rehman and others want to disrupt it for their personal benefits,” he said, adding that for continuation of democracy, the government and the opposition would have to agree on certain basic issues and electoral reforms were vital in that regard.

Chaudhry termed PML-N President Shehbaz Sharif’s statement – in which he stressed the need to “move on” while learning lessons from the past if Pakistan was to make real progress – as a “positive development”. “I think there are other sincere people in the opposition. If democracy has to remain in this country then we will have to clarify a system in which all people have trust.”

The federal cabinet, he said, was briefed about the electronic voting machines (EVMs) by PM’s Adviser on Parliamentary Affairs Babar Awan, Minister for Information Technology Syed Amin ul Haque, and Minister for Science and Technology Shibli Faraz. The PTI had presented 49 proposals for electoral reforms and if the opposition had any objection regarding the EVMs then they should come up with their own suggestions, he added.

Fawad said the PTI had lost 10 bye-elections, while the PML-N after its defeat on just one provincial assembly seat started levelling allegations of rigging and foul play. Similarly, the PML-N had its government in the Azad Jammu & Kashmir with police and administration under its control, and had also appointed the chief election commissioner, but when it got a drubbing in the polls there its leadership started a hue and cry. It was not the way to run a democratic system, he added.

Fawad said at the outset the cabinet meeting was informed that 23 more Pakistani prisoners have returned from Saudi Arabia. So far hundreds of Pakistani citizens languishing in jails abroad due to petty crimes had been repatriated due to the personal efforts of Prime Minister Imran Khan. It showed how much the prime minister cared for the overseas Pakistanis, especially the poor labour class, he added.

He said in the prime minister’s eyes, the criteria for judging the performance of Pakistani missions abroad was how they treated the compatriots living there and helped them. The officials posted at the missions should not only respect the overseas Pakistanis like their own family members, but also help resolve their problems.