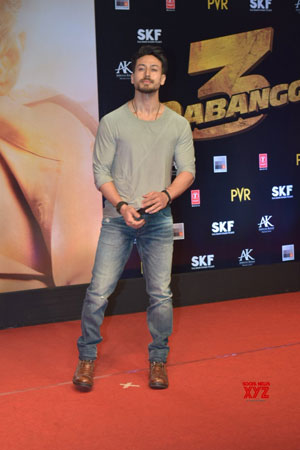 Arbaaz Khan is back with yet another new promo from his much-talked show Pinch 2, which earlier had Salman Khan and Ayushmann Khurrana as their guests.

Well, according to the latest promo, Tiger Shroff is the new and the third guest on the show.

Arbaaz shared the promo on his Instagram handle and wrote, “Here’s a peak into the smashing episode of @tigerjackieshroff, in QuickHeal Pinch S2. Stay tuned for the full episode on 4th Aug on @quplaytv @zee5

In the one-minute promo video, Arbaaz shared some extremely rude and mean comments which were made on Tiger and the latter reacted on it in the most truthful manner. During the session, Tiger shared that initially, he used to get a lot of hate comments from people regarding his looks and said, “Before the release also, I used to be trolled a lot for my looks. People used to say, ‘is he a hero or a heroine? He doesn’t look like Jackie dada’s son at all.’ It was a deliberate move to play to my strengths.”

He also shared his viewpoint on his fans and said, “If you’re being trolled or bullied, it’s only because you’ve made an impact. Whatever I am today, it’s because of the audiences… As long I’m number one in your heart, that’s what matters to me,” he said.

Another one asked him if he is a virgin, to which Tiger replied, “Like Salman bhai, I am a virgin.” The episode of Arbaaz Khan’s ‘Pinch Season 2’ releases on August 3.

For the unversed, “Pinch” season 2 is a talk-show hosted by the actor-producer Arbaaz Khan, where celebrities come in and read the mean comments and react to it. They talk about the trolls which actually hurt them and also clarify their stance on it. The show will also have Anil Kapoor.