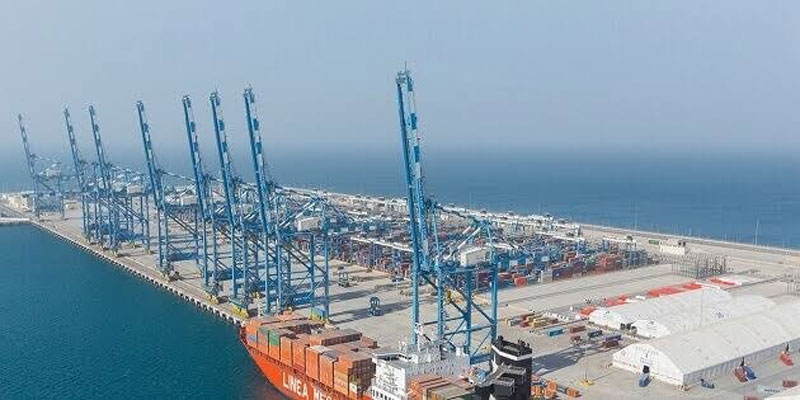 Despite the unexpected shock from the COVID-19 Pandemic, Pakistan has elevated one place to the 5th in infrastructure development, against the trend of an overall decline in the South Asia region, according to the annual report on the Development of Belt and Road Infrastructure Development Index (2021).

According to China Economic Net (CEN), 71 countries was covered in the report, including 63 nations involved in the BRI and eight Portuguese-speaking countries. Among the seven regions, Southeast Asia ranked No.1, with Indonesia, Malaysia, the Philippines, and Vietnam taking the top four places. The Central and Eastern European region ranked at the bottom as it did last year. While South Asia was the only region suffering a major fall, declining from 3rd to 6th place in the index, due to a severe blow to the infrastructure development undermined by the rampant spread of the coronavirus in India. The report, jointly published by the China International Contractors Association (CHINCA) and the China Export and Credit Insurance Corporation, was released at the 12th International Infrastructure Investment and Construction Forum (IIICF), a two-day event kicked off in Macao on July 22.

This was largely attributed to easy fiscal and monetary policies put forward by major economies around the world and the global campaign of accelerating vaccination.

Besides, the economy of the BRI countries has been recovering from the pandemic, driving the rebound of the infrastructure sector. Speaking at the launching ceremony, CHINCA Chairman Fang Qiuchen said carbon neutrality will lead the way of infrastructure development and new renewable energies will become a priority.

Countries along the belt and road have been promoting the new energy and optimising the energy mix, and several financial institutions have announced they would stop financing fossil energy projects and enhance support for new energy projects instead. In addition, in the post-pandemic era, projects related to people’s livelihood, such as housing, medical and health care, have become a priority in national infrastructure plans in order to expand social employment and stimulate the economy, and small and medium scale infrastructure projects that can deliver results in a short term are preferred in this period.