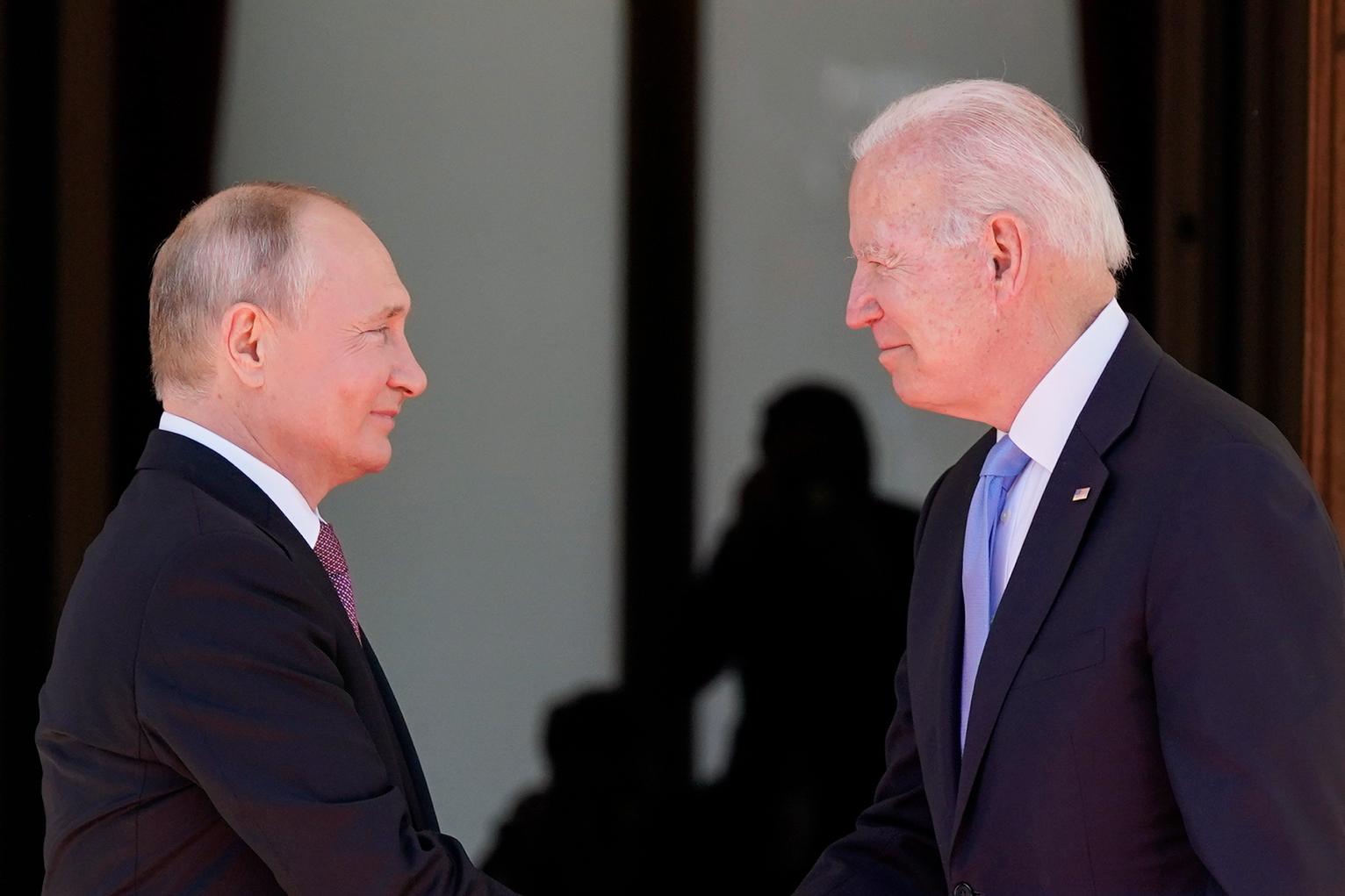 The United States and Russia said Wednesday they had business-like and substantive talks in Geneva in their second effort in as many months to bring stability to a fraught relationship.

The closed-door talks were a follow-up to last month’s summit, also held in the Swiss diplomatic hub, between Russian President Vladimir Putin and US President Joe Biden, who both described their first encounter as productive despite soaring tensions on multiple fronts. US Deputy Secretary of State Wendy Sherman and Russian Deputy Foreign Minister Sergei Ryabkov spoke mostly about arms control — one area where Biden has shown a willingness to engage with Russia — and agreed to meet again in September. “On the mood of the meeting, I would call it very down to earth, very business-like, very focused,” Ryabkov told reporters, as quoted by Russian news agencies. State Department spokesman Ned Price said the discussions were “professional and substantive.” “We remain committed, even in times of tension, to ensuring predictability and reducing the risk of armed conflict and threat of nuclear war,” he said in a statement. US officials will brief NATO allies on the discussions during a visit Thursday to Brussels, he said.

A senior State Department official described Wednesday’s talks as “very broad-ranging” rather than specific, but said that working groups would meet to gauge areas for progress. “This dialogue really pertained to issues that relate or give rise to the threat of the potential use of nuclear weapons in a crisis or a conflict, or that threaten to destabilise the bilateral relationship,” the official told reporters. Ryabkov earlier said the talks would allow Russia to “understand how serious the mindset of our US colleagues is in terms of establishing a concentrated, energetic dialogue in strategic stability”.

But he added: “I would not raise the bar of expectations.” Shortly after taking office, the Biden administration extended the New START treaty with Russia on reducing nuclear arsenals, even as it vowed to raise pressure on Moscow on other areas. There are tensions on multiple fronts between the two nations, with Washington blaming Moscow for a wave of cyberattacks, for which Russia denies any responsibility. Biden on Tuesday accused Putin of seeking to disrupt the 2022 US congressional elections by spreading “misinformation”. “It’s a pure violation of our sovereignty,” the US leader said. Putin has “a real problem: he is sitting on top of an economy that has nuclear weapons and nothing else,” Biden added. “He knows he is in real trouble, which makes him even more dangerous.”

Putin has nonetheless welcomed Biden’s efforts to bring more predictability to the relationship between the two global powerhouses. During their Geneva summit, the two presidents, who hold the world’s largest nuclear arsenals, shook hands, spoke for more than three hours and stressed the importance of dialogue. Andrey Baklitskiy, a senior research fellow at the Centre for Advanced American Studies at the Moscow State Institute of International Relations, said that working groups showed a willingness to keep moving forward. “It seems that you can have business with the Biden administration. If they agree to something, at least they will try to follow through,” he told reporters in Geneva by video-link.