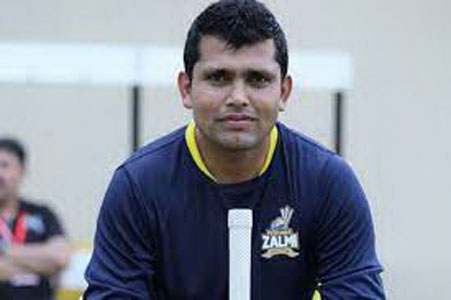 LAHORE: Pakistan’s wicketkeeper-batsman Kamran Akmal, in a Youtube video, has slammed the Pakistan Cricket Board (PCB) after the Twenty20 Internationals (T20Is) against West Indies were reduced. The 39-year-old believed that this move showed that Pakistan was not being given importance on the world stage. “The T20I series between West Indies and Pakistan has started. I was saddened when the schedule was announced and a match was removed from the series. I am saddened because I feel that the PCB or Pakistan team does not hold importance. The biggest thing is that our think tank, which comprises of PCB officials, should not have agreed to reduce a match. They could have taken it further, similar to how they did with Australia. They should have rescheduled it,” Akmal said. “No one can stop the problems created by Covid-19. International teams have to adapt accordingly. Pakistan should have a say in these matters and debate them. I think Pakistan had made a blunder earlier by reducing a Test match in favour of T20Is. Now even reducing the T20I is an unacceptable development. It is not a good thing for Pakistan cricket. I don’t think they take Pakistan seriously. I think the management should think about this because this is not right since Pakistan has a big history in cricket,” he added. The wicketkeeper-batsman stated that Pakistan should win the West Indies series. “The best thing would be for Pakistan to win the upcoming series. It is really important for their confidence. West Indies’ team, no doubt, is really great. They won a T20I series against Australia. We have seen in the last match in Barbados that it wasn’t a high-scoring pitch and the spinner dominated. Our spinners will have a lot of responsibility,” he concluded.