AirBlue Crash anniversary reminds us to turn over a new leaf 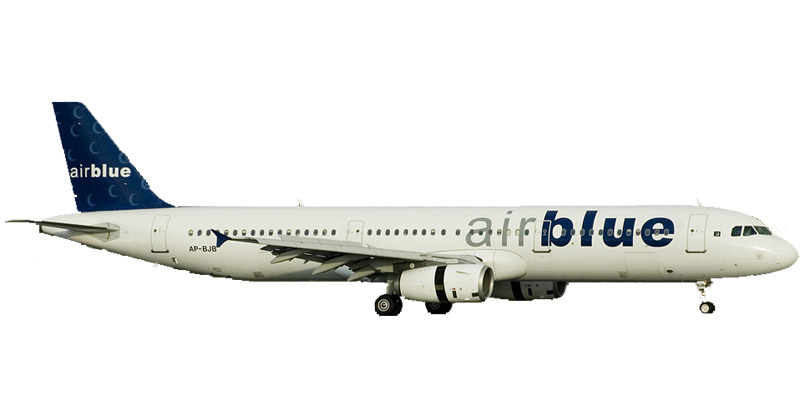 July 28, 2021 marks the 11th anniversary of the victims of AirBlue Flight ED 202 that had crashed in the Margalla Hills on this day in 2010, killing all the 152 persons on board, including six crew members.

So far this has been the worst air crash in the aviation history of Pakistan.

As the accident could be described as an act of God, the post-accident handling of the tragedy left much to be desired.

Col (Rtd) Shamim Sheikh, who lost his 30-year old son in the tragic incident, said no appropriate arrangements were made for sharing the updates with the bereaved families or lessening their grief, either by AirBlue or the relevant government departments.

Sharing his agony with APP, he said inadequate arrangements were made for identifying the charred remains of the victims, resulting in handing over the corpses to wrong heirs. Despite claiming to have conducted DNA tests, as per official reports, 19 dead bodies remained unidentified. But authorities could justify the 72 graves of unidentified victims at the mass grave site in Islamabad’s H-11 Graveyard, he moaned.

Nothing could be more traumatizing for the unfortunate families who could not receive even the remains of their loved ones. No steps were taken for diffusing the post-traumatic stress or providing immediate financial relief to the bereaved families as per ICAO guidelines.They were rather left to fend for themselves.

Junaid Hamid, who lost his wife in the crash, said since 2010, five major fatal air accidents had occurred in the country taking a toll of 445 precious human lives. A chartered aircraft of JS Air crashed in Karachi in December 2010 killing 21 persons, Bhoja Air flight from Karachi to Islamabad crashed in Lohi Bher area shortly before landing in April 2012 killing 127 persons, PIA flight PK 661 from Chitral to Islamabad crashed near Havelian in December 2016 killing 47 persons, and PIA flight PK 8303 crashed in Karachi in May 2020 killing 98 persons.

Besides, he said, there had been a large number of near misses. Both the Civil Aviation Authority (CAA) and the airlines seemed to be completely oblivious of the situation and had not learnt any lesson from the deadly accidents.

Had they adopted effective measures to ensure that the mistakes identified after the AirBlue crash would not have been repeated, the subsequent accidents could have been avoided, Junaid stressed.

He said most of the accidents occurred in Pakistan due to violation of various flight safety protocols laid down by the International Civil Aviation Organization (ICAO), and carelessness on the part of both the operators and the regulator. Corrupt practices, nepotism, political interference and lack of accountability were the major contributors for such attitude/ behaviour, he added.

Junaid alleged that apathy and indifference of AirBlue as well as various government authorities compelled the bereaved families to join hands in sharing each other’s grief and coping up with the trauma that they were going through.

“Families’ associations are important stakeholders, and must be duly recognized and extended all assistance according to the ICAO guidelines by the government, carriers and the other bodies concerned. This was one of the topics of discussion during the 13th Air Navigation Conference of ICAO in October 2018. Appropriate legislation must be carried out in Pakistan for the purpose,” he said

Junaid said AirBlue crash affectees formed an association with the name of ACAA, which has been struggling for justice till today. It had succeeded in achieving some of its objectives such as setting the culture of making air accident investigation reports public in accordance with the ICAO guidelines (the AirBlue accident report was the first one to be made public in the country’s aviation history), replacement of the Carriage by Air Act-1966 with the Carriage by Air Act-2012 enhancing the no fault liability of an airline for loss of life from Rs 39,500/- to Rs 5 million, formation of the Aviation Division, partial independence of Air Accidents Investigation Board which now functions under Aviation Division instead of CAA director general.

However, he said, there was still a lot to be done. The most important was making the Air Accidents Investigation Board (AAIB) completely independent, which had even been mentioned by the ICAO teams, which carried out safety audits of CAA in the past.

Junaid said many clauses of the Carriage by Air Act -2012 were not in harmony with the Montreal Convention to which Pakistan was a signatory. Such anomalies needed to be removed at the earliest, he added.

Col (retd) Shamim Sheikh said in all the previous air accidents, the carriers had only paid the “No Fault Liability” amount to the victim families, and not their claims of compensation for wrongful harm. The carriers and insurers, he claimed, were in league with each other, “who mislead and blackmail the affected families to avoid payment of fair compensation”, he added.

He said there was a need to carry out appropriate legislation for fast-track settlement of air crash compensation cases.