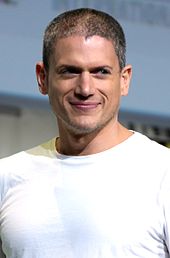 After the formal diagnosis, the actor took it to Instagram, “I’m a middle-aged man. And I do have access to a diagnosis is a privilege many do not enjoy”.

He also added that the diagnosis reports didn’t panic him as he was well aware of it, beforehand.

“There is a now-familiar cultural narrative (in which I’ve participated) that goes, ‘Public figure shares A, B and C publicly, dedicates platform to D, E and F,'” he wrote.

He said, “Good for them. /srs. And that’s not necessarily what’s going to happen here”.

He also accepted the fact that he did not know much about autism stating, “Right now my work looks like it is evolving my understanding.”

“Re-examining 5 decades of lived experience through a new lens. That will take time. Meanwhile, I don’t want to run the risk of suddenly being a loud, ill-informed voice in the room. The #autistic community (this I do know) has historically been talked about. Spoken for. I don’t wish to do additional harm. Only to raise my hand, say, ‘I am here. Have been (w/o realizing it).'”

He added, “Adding nuance. Fighting stigma. These creators (some quite young) speak to the relevant issues more knowledgeably/fluently than I can. (They’ve been schooling me as well)”.

He said, “This isn’t something I’d change. No. I get – got – immediately being autistic is central to who I am. To everything I’ve achieved/articulated”.

Thanking friends, family and fans before leaving he said, “the many (many) people who consciously or unconsciously gave me that extra bit of grace + space over the years, allowing me to move through the world in a way that made sense to me whether or not it made sense to them.”