Mobility, displacement and a sense of belonging

* The novel Burnt Shadows by Kamila Shamsie portrays such a world where the protagonist Hiroko migrates from Nagasaki, Japan to India after her city is nuked 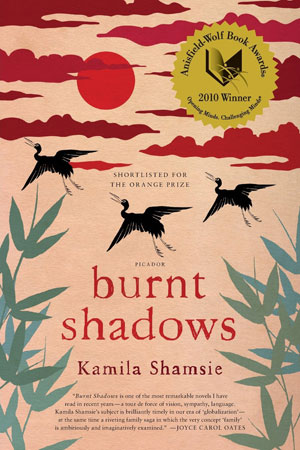 The globalised world affords many opportunities to the human being for mobility throughout the world and so, a large number of people have been found moving towards the much desired and cherished places to make their future better and comfortable.

The situation of mobility of human being across the globe has been termed by Mohsin Hamid as ‘Humanity on the move’, thereby claiming that each and every part of the world is experiencing this mobility and so borders of different nations are being knocked by ever increasing groups of migrants. But the same mobility is because of the displacement of human beings because of wars being fought mostly in the poor areas of the world. In consequent to these wars humanity is displaced from place to place and they sometime reside after moving towards comparatively prosperous neighbouring nations or towards the rich and developed centres of the world like America or Europe. The migrations taking place because of displacement and mobility both cause homelessness and create crises of identity because of the lost sense of belonging.

The Novel Burnt Shadows by Kamila Shamsie portrays such a world where the protagonist Hiroko migrates from Nagasaki, Japan to India after her city is nuked and when she loses her father and her fiancé Konrad. She attempts to find solace in India while sharing her story with the Burtons who are connected to Konrad, as they are the only relatives left in the world, and makes an odd match with the white colonial master of India and his family. Hiroko finds love in the Urdu teacher of the Burtons, Mr. Sajjad Ashraf. But even this fails to lend any legitimacy to the Indian belonging to Hiroko because just after their marriage Sajjad had to move with Hiroko towards Turkey because of the partition of India. So, if Hiroko is displaced because of the war, Sajjad is displaced because of the political settlement of the problems of the Muslims in India and the resultant recurrence of violence during the mass migration. Sajjad attempts on his part to re-root himself by re-routing towards Karachi along with Hiroko and their son, Raza. But Hiroko fails to find sense of belonging even here, when her son Raza is refused marriage because he was born to a Japanese woman hit by the nuclear bomb and so deformities were a possible outcome.

The same quest for belonging takes Raza to Afghanistan, where he finds love but never any belonging because he is termed as Raza Hazara because of his Japanese features. After the death of her husband, Hiroko migrates to America to make family with people of both Burton and Kim

The same quest for belonging takes Raza to Afghanistan, where he finds love but never any belonging because he is termed as Raza Hazara because of his Japanese features. After the death of her husband Hiroko migrates to America to make family with people of both Burton and Kim. Raza intends to join Kim in Canada after he has to escape from Afghanistan because he is suspected of joining hands with the anti-American forces. He does meet Kim in Canada but is arrested by the Canadian authorities and Hiroko is again left feeling sad on her inability to see her son.

The story of Hiroko is the story of number of women who have to be displaced from place to place because of wars, famines, epidemics and economic hardships. Once they move out of their homes, it becomes a big issue for them to rehabilitate once again. And even if they get a type of rehabilitation, the emotional and psychological trauma makes their lives complicated. The result is the loss of homes, of identity, of sense of belonging. They become the citizens of the world and have to live in the third space which belongs to no one. This third space belongs to no one, yet every migrant belongs to this space.

The Novel Burnt Shadows is also significant because not only women suffer loss of belonging but also men. For example, Sajjad, who loved Delhi so much that he never intended to leave his ‘Dili’ for Pakistan, has to be displace to a Turkish Island and then to Karachi but was never happy with is sense of belonging. Same happened with his son Raza, who born in Asia, moves to Afghanistan, first as a fighter and then as a company member deployed on protecting the Americans in Afghanistan. His migration and displacement from these places to Canada, does make him plant his foot firmly on any ground and to be constantly on the move. He could not call himself Japanese because of his physical features and was neither termed as Pakistani because he carried Japanese features. He is not accepted in Afghanistan because his features resembled with the Hazara community instead of the main stream Afghanistan. He is not acceptable to American because he had visited Afghanistan and was termed as Hazara and was looked at with suspicion. When Kim’s father is killed, the American intelligence accuse his of plotting the murder. So, Raza could neither claim the loyalty of the Afghanis nor that of the Americans. Shamsie weaves a complex tale of loss of sense of belonging experienced by both and men and women from all parts of the world and once lost, they become for ever lost.