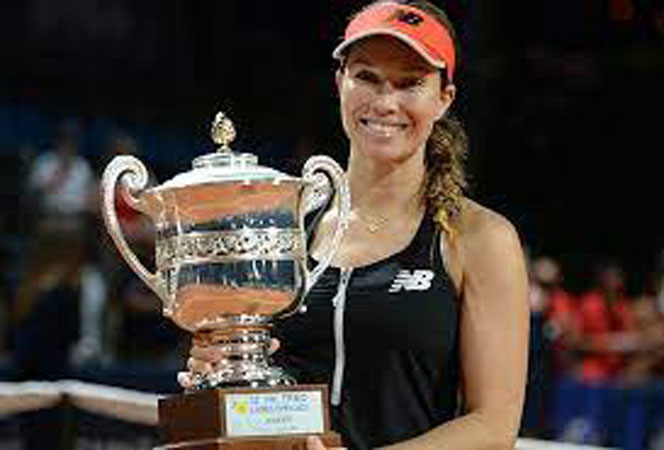 PALERMO: Danielle Collins of the United States became the WTA’s 14th first time champion of 2021 when she clinched the Palermo clay court title on Sunday. The 27-year-old top seed eased past Romanian qualifier Elena-Gabriela Ruse, ranked at 137 in the world, 6-4, 6-2 in the final. The American did not drop a set all week at the tournament. “It’s given me so much self-confidence to finally win a tournament, because I’ve been on tour now for a couple of years, and that was one of my goals,” said the 44th-ranked Collins. Victory came after a tough year for the American who was off tour between March and the French Open in May. She had needed surgery to remove “a cyst the size of a tennis ball from my ovary”, she told Britain’s Daily Telegraph. “I’ve been improving, clearly, based on my results and being able to go longer with my stamina throughout the events,” added Collins on Sunday. “That was my main goal in playing all of the tournaments the last four weeks. It was just really rewarding to think about.”