Be mindful while raising your sons: Yasra

* 'I vow to raise a son who is kind, humane, fair, compassionate and respectful… who is not threatened by women and their agency,' she said in a lengthy caption 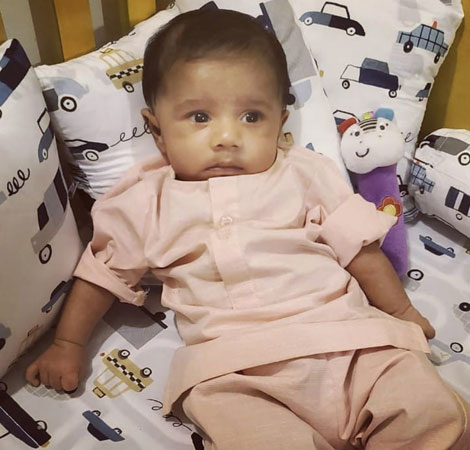 Yasra Rizvi is taking a proactive stance as a mother of a son amid growing instances of violence and abuse against women in the country.

In light of the horrific murder of Noor Mukaddam in the state capital last week at the hands of her friend Zahir Jaffer and the subsequent outrage against apparent femicide in the country, Yasra Rizvi, who recently gave birth to her first child, a son, took to Instagram to make some important vows.

“I vow to raise a son who is kind, humane, fair, compassionate and respectful who is not threatened by women and their agency, who doesn’t take their vulnerability as a license to exploit who doesn’t blame the victim, who understands that human life is precious and not anyone’s to take,” she said in a lengthy caption that accompanied a picture of her son, Ibn e Adam.

Yasra Rizvi also listed other important lessons that need to be taught to young men in the country if the current state of affairs is to be expected to change for the better in coming years.

The Dunk star also promised to teach her son to not exploit women, not be threatened by their agency, and most importantly, to be “a man with whom woman, children, transgenders, other men, animals, and every living being feels safe.” “Who UNDERSTANDS that being a man is not a privilege its a responsibility!”

“I don’t know what we can do about the monsters we live amidst or the sham of a society we are a part of at present other than protesting its very existence but we can change the future by starting today,” she further urged, asking people to be more mindful while raising sons.

“Pay that extra attention to your boys and what they are getting away with, STOP them now from becoming the problem tomorrow.”

Yasra Rizvi’s message comes at a precarious time for the country’s women who now find themselves targeted for the simplest acts like venturing out of their homes or meeting trusted friends – Noor was murdered in cold blood by Zahir, a childhood friend of hers.