What is the wait for a bill on Violence against Women? asks Sherry Rehman 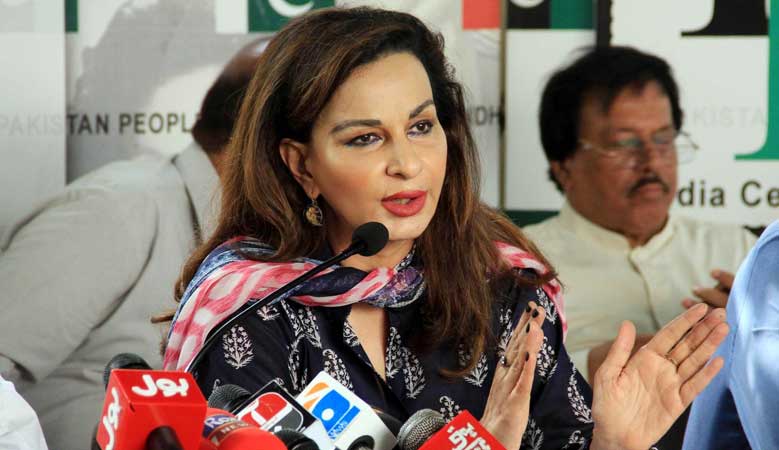 ISLAMABAD: Condemning Noor Mukadam’s barbaric and gruesome murder, Pakistan People’s Party Vice President and Chair Foreign Affairs Senate Standing Committee, Senator Sherry Rehman said, “There can be no two ways about it or any explanation for it. Unfortunately, this is not a one-off case and there must be justice for Noor and all other girls who have been violated or wronged, let alone killed.”

“In a span of two weeks, there have been multiple cases of violence against women. With such incidents happening on a daily basis, it is important for us to discuss why the domestic violence bill is needed in Pakistan. This bill seeks to protect women, children, and other vulnerable groups from domestic violence. It also provides relief and rehabilitation to all victims of domestic violence,” she added.

Discussing Khadija Siddiqi’s case, she said, “It is shocking that the man who stabbed her 23 times has been granted remission on the account of donating blood and on payment of the requisite fines of Arsh and Daman. He did not even get to complete his 5-year jail sentence. This is not the example that we should be setting. On the other hand, Usman Mirza who assaulted a couple is still on physical remand. There needs to be swift justice in such cases.”

“Pakistan ranks at the 151st position out of 153 countries at the Global Gender Gap Index of the World Economic Forum. There are countless cases which do not get reported or make it to social media but one can’t deny the femicide happening in Pakistan. Someone needs to take the responsibility for Quratulain who was murdered by her husband within her home, or for the women who were beaten up by the men of their family. We can no longer ignore the suffering of our women,” she added.

Highlighting the importance of the domestic violence bill, she said, “This landmark legislation is long over due and most certainly, the need of the hour. It’s high time that we outlaw practices which are a threat to the safety and wellbeing of our women. Instead of blaming women for sexual violence, it is important that we work towards changing our culture of sexism and misogyny”.

“I had moved this bill in 2004 when I was an MNA. After that, devolution allowed provinces to make laws to protect women. Sindh’s law is still the model law but why is the Federal government unable to accept either my law moved in 2020 in the Senate or the Human Rights Ministry’s?” she questioned.

Parliamentary leader of the Pakistan People’s Party in Senate, Senator Sherry Rehman concluded by saying, “The government needs to do more than just act in sporadic cases. They need to institutionally have a response mechanism and an environment that enables women to be safe and empowered in public and private spaces. It is also the government’s responsibility to ensure that women feel safe to speak up against the injustice happening to them.”