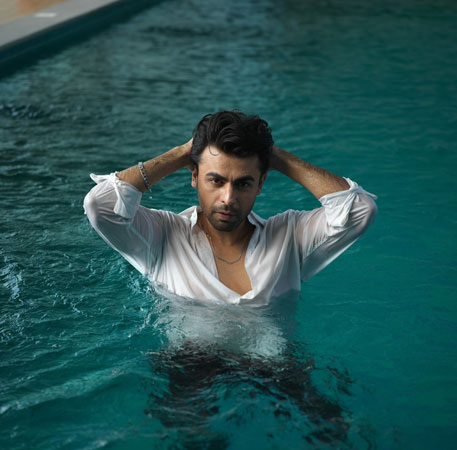 Singer turned actor, Farhan Saeed is all set to release his latest track ‘Na Chher Malangaan Nu’ featuring the very versatile Aima Baig, a collaboration that no one saw coming!

A joint production of Bilal Saeed and One Two Records, the song’s music video was directed by Adnan Qazi

Farhan and Aima are recognised for their soulful renditions of ballads and romantic melodies and “Na Chher Malangaan Nu” is all set to enthral audiences like never before. After the 2012 release of ‘Pi Jaun’ that featured Momina Mustehsan, and his partnering up with Shreya Ghoshal on the Bollywood rendition of ‘Tu Thori Der’, this is Farhan’s next venture with a mainstream female artist. This is the first time Farhan and Aima have come together for a duet and audiences can be sure to expect a super-hit track.

Aima Baig is one of Pakistan’s biggest pop sensations and rose to prominence after her hit single ‘Baazi’, another collaboration, with singer Sahir Ali Bagga.

About the new song Farhan Saeed said: “It’s always an exciting thing to see two musicians come together. For the fans too, the refreshing new sound of two artists coming together for the first time, it’s always a treat! Once the project began, it also struck me that due to the nature of the times we live, artistic inspiration was not easy to come by. Being a firm believer in the endurance capabilities of the human spirit, I sincerely hope we can all be bigger and better people in these tough times and that this small effort can be a source inspiration and motivation for those who need it most.”

After the 2012 release of ‘Pi jaun’ that featured Momina Mustehsan and his partnering up with Shreya Ghoshal on the Bollywood rendition of ‘Tu thori der,’ this is Farhan’s next venture with a mainstream female artist

After already popular releases this year including Maula and Pyaar Sufiyana, this is Farhan Saeed’s next big single coming out – and despite the acting schedule that usually surrounds the artist, he is adamant to release at least a few more singles within 2021. Eager audiences can be sure to stay on the edge of their seats for more Farhan Saaed music around the corner.

About the collaboration on the song, he said “Working with Aima was such a refreshing experience. Her energy, the charisma she brings to a song, is exciting both as a fellow vocalist and as a listener”.

Farhan Saeed is a Pakistani singer-songwriter and actor. Farhan was the former lead vocalist of the Pakistani band Jal and started his solo music journey in 2011. He has sung in Urdu as well as in Punjabi. Since 2014 he also turned towards acting, and gained recognition for his role in Hum TV’s serial Udaari and for his leading role in another Hum TV serial Suno Chanda.