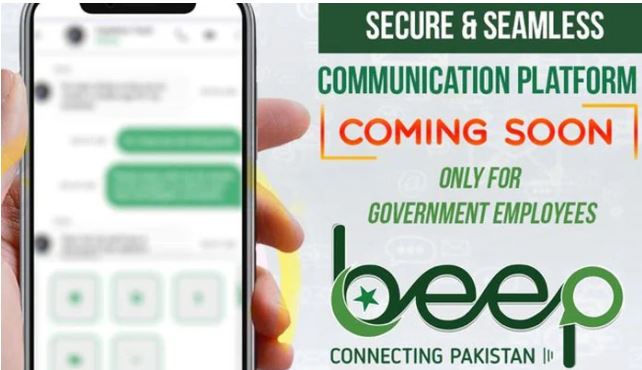 The Ministry of Information Technology and Telecommunication has created a digital messaging app called “Beep Pakistan” in order to offer government personnel a safe and smooth communication platform.

The development came amid calls for secure communication channels between government officials in the wake of revelations that over 50,000 numbers were targeted by Israel’s client governments in countries hostile to journalists, activists, and political opponents using Israeli-made surveillance software.

Syed Aminul Haq, the Federal Minister for Information Technology and Telecommunications, stated in a tweet that the app will first feature secure chat and audio call capabilities, with video call capabilities coming shortly.

He maintained that the app is aimed at providing government officials a safe communication platform.

According to the Ministry of IT and Telecom, ‘Beep Pakistan’ app was undergoing in-house trials, adding that the platform will be launched officially within a few months. It will be mandatory for all the government employees to use the app for official purposes.

A global investigation found that India had targeted a phone that was formerly in Prime Minister Imran Khan’s usage with an Israeli firm’s spyware dubbed Pegasus, raising worries of widespread privacy and rights violations.

Sources said that India tried to tap the Federal Cabinet members’ calls and messages through the spyware, prompting Pakistan to develop new software for its federal ministers.

Following the development, a high-level meeting of the civil and military leadership had been called which would decide a future course of action against India’s spying attempt.