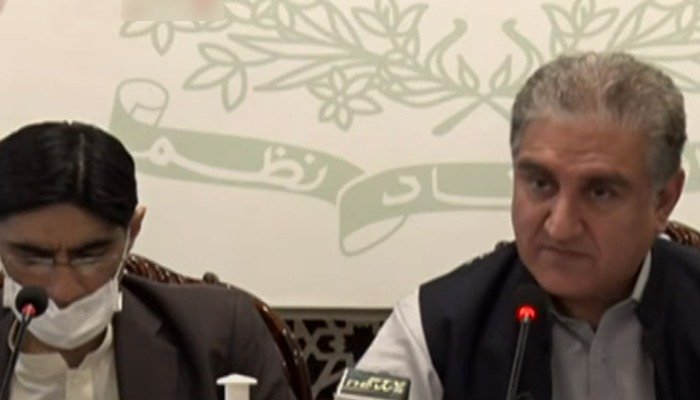 ISLAMABAD: Pakistan on Monday assured the Government of Afghanistan that the investigation into the incident regarding the Afghan ambassador’s daughters will be highly transparent and nothing will be concealed.

The statement was made by Pakistan’s Foreign Minister Shah Mahmood Qureshi during a press conference on Monday in Islamabad.

The minister was accompanied by National Security Adviser Moeed Yusuf including senior police officials who were also part of the press briefing.

FM Qureshi said that he spoke to his Afghan counterpart this morning and discussed the steps that the Government of Pakistan has so far taken to investigate the matter.

“We have assured the Afghan government that Prime Minister Imran Khan is personally overseeing the probe into the alleged abduction of the Afghan ambassador’s daughter,” he said.

He said that Pakistan does not have any reason to hide facts in the probe and will present all facts before the world once the investigation is concluded.

He reiterated that the Afghanistan government should reconsider its decision to pull out its ambassador and diplomats from Pakistan, adding that if they want the investigation to be transparent, it will have to cooperate with Pakistan.

“Pakistan wants to arrest and punish the culprits involved in alleged kidnapping as soon as possible,” said the foreign minister. “I told the Afghan ambassador that we are aware of the security concerns he is having, therefore, we have beefed up all Afghan diplomats’ security.”