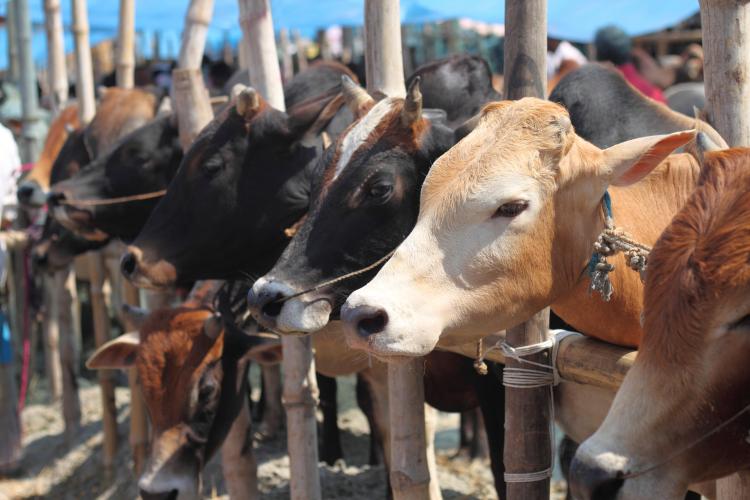 MULTAN: Sale of sacrificial animals has started picking up pace, however, the upcoming Eid ul Azha looked different this year as the new trend of online buying/selling in South Punjab appeared to be attracting more people than ever.

“We had bought goats online last year but the trend this year appeared to be more thrusting involving more people this year,” a social media activist Farzan Sajeel said on Monday.

A commission agent Muhammad Usman who deals in goat and sheep in bulk every year on the occasion of Eid ul Azha, said that he operated his business from Dera Ghazi Khan and Rajanpur.

“We share photographs of goat, sheep with a price to the people via whatsapp and send the animals to them after they transfer money via online banking or money transfer channels,” he added.

Another sacrificial animal trader Muhammad Ashraf said that they supply the animal after receiving 30 per cent of the price online and the remaining 70 per cent is received after delivery.

Meanwhile, it was learnt that different social welfare organizations or group of people also arrange online performance of duty, i.e. slaughtering animals, and then they send the meat to the individuals who had opted for their services.